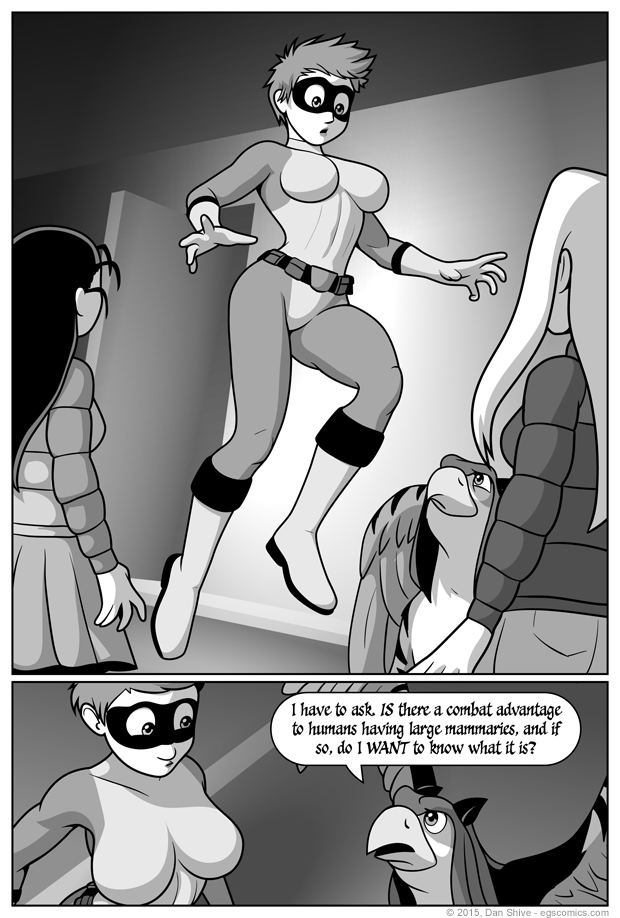 - The world may never know

Why yes, there IS an advantage! At least, there is for talking yourself out of combat. If the Fallout series has taught me anything, it's that such things are directly linked to one's Charisma, which, if high enough, should enable one to talk their way out of anything.

That, or maybe it's just a confidence thing. I mean, you've gotta be pretty confident to run around in nothing but revealing jammies in the middle of a post-apocalyptic nightmare.