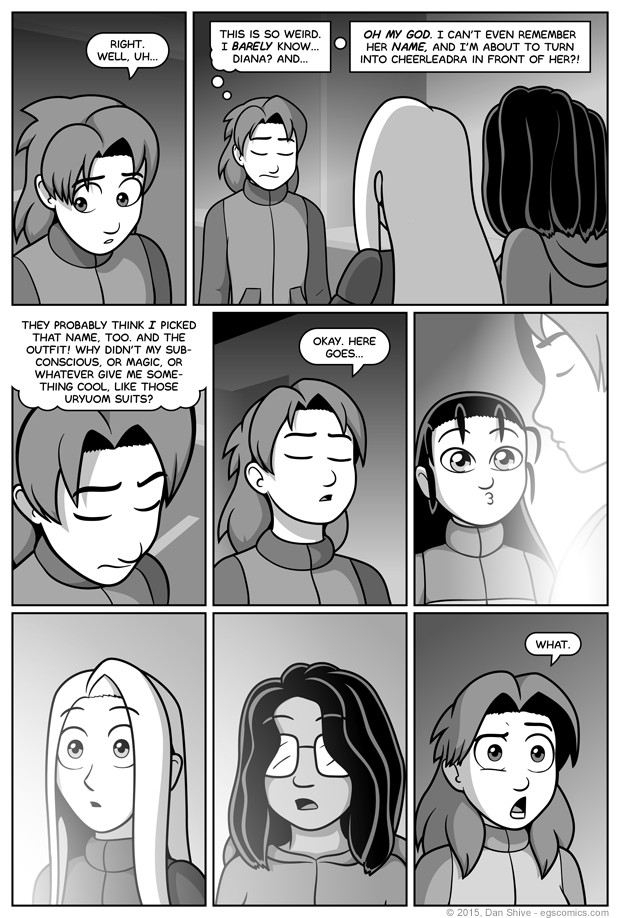 It's probably for the best that Diane is can't read Elliot's mind right now.

No, she can't. That would be absurd.

I mean, given things that have happened in this comic, the concept of mind reading itself isn't absurd. It's just that, if Diane could read minds, she'd spend fewer comics being surprised about things, so it's safe to assume that... THE POINT IS, it's NOT a spoiler that Diane can't read minds. Put down your pitchforks and torches, no one was thinking that was the case, and I refuse to apologize for pointing it out.