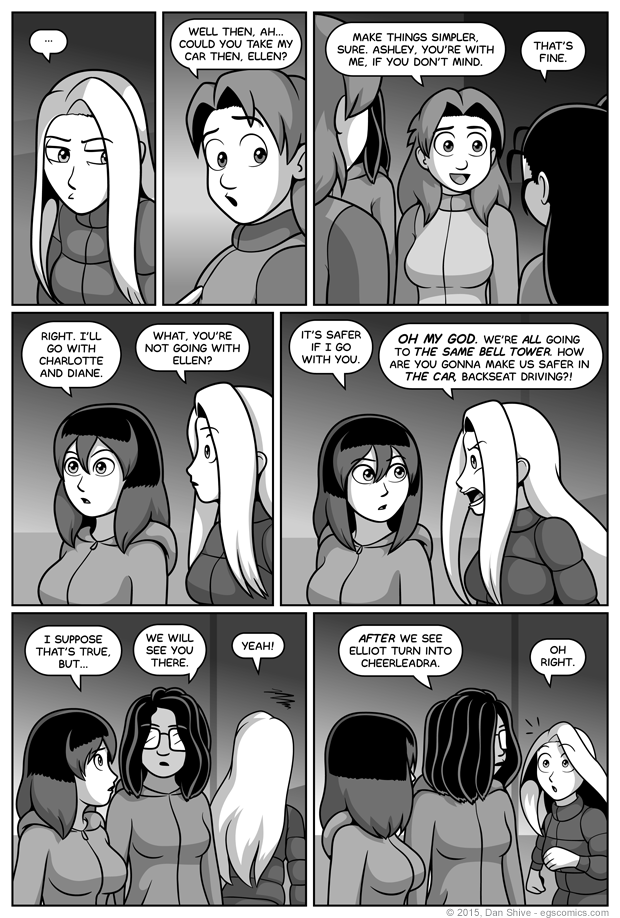 I would point out how Diane spent most of this conversation with Tara behind Nanase and ready to use her as a literal human shield, possibly shoving Nanase towards Tara and using the force provided by the equal and opposite reaction to accelerate her own hasty retreat from avian-feline wrath, but she has a valid point.

Perhaps Nanase could use the fairy doll spell to scout ahead for wild deer? They're unlikely to be present anywhere near the roads they'll be traveling, and it would accomplish little to nothing aside from falling just short of proving that Nanase's presence in the car could somehow be useful during the brief trip in ways beyond the pleasure of her company, but surely it would be better than admitting defeat!

Then again, if she goes with Ellen, she'll get a chance to get to know Ashley. Ashley, having once kicked a soccer ball at a griffin, is bound to be a person worth getting to know better. Accept this defeat, Nanase, so that you may reap the spoils!