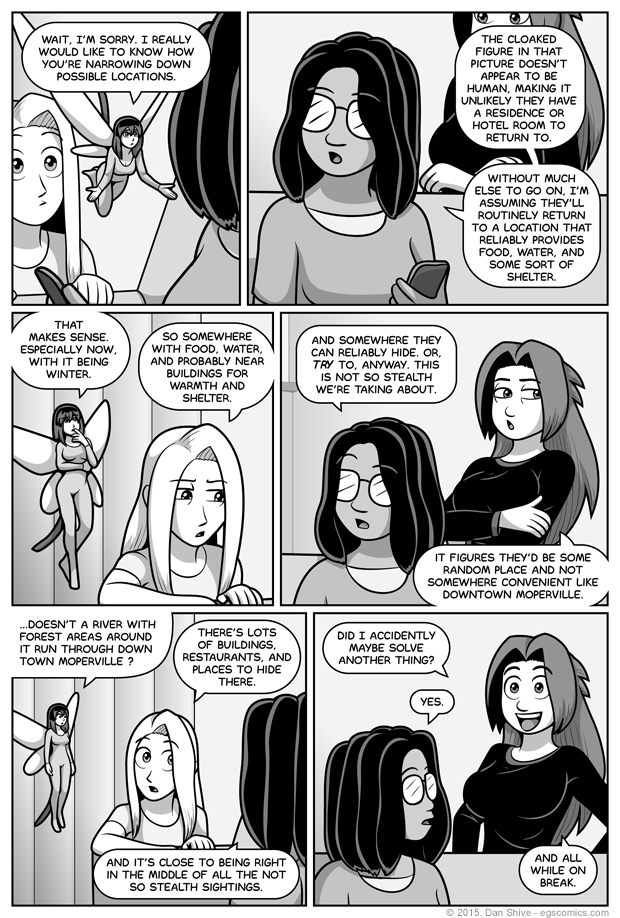 - The comic shop down by the river

"Did any of us think to just point at the center of the sightings?"

I initially sketched V5'd Ellen with longer bangs, but I inked the previous comic first (as might be expected), and they wound up shorter in that one. For the sake of consistency in hair length (for once), they wound up at the length they are now. I like the end result and it probably does work better, but I also liked them longer, too.

Why yes, this *is* riveting commentary. Thank you for noticing.

Another note on V5 Ellen is that she's a little less bulkier than normal Ellen overall (except in some key areas, obviously). The form is supposed to result in a somewhat particular hourglass figure with some variation depending on the individual. Whether that's visually appealing is entirely subjective, of course, but it's consistent with what Tedd would have programmed back in the day while thinking "not that this will ever get used on anyone but me, of course".