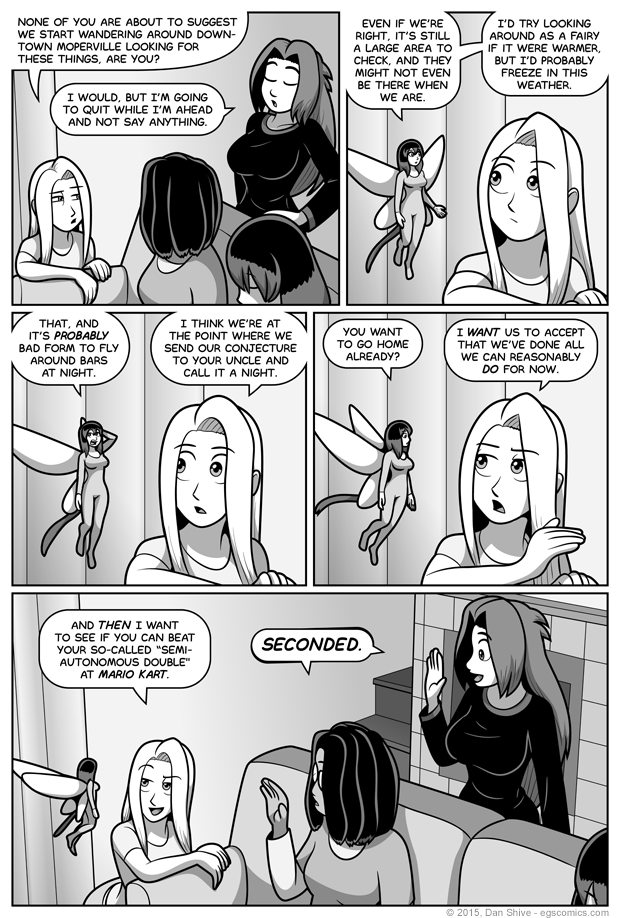 I spent a looooooong time trying to figure out exactly how Nanase should express that it's too cold for her to just go flying around. I thought about emphasizing her tiny form, a comment about how she doesn't have winter clothes for her fairy form, the wind chill factor on a flying form, etc.

And then I basically just had her say "it's winter". YAY

Covering all the bases is one of the biggest impulses I have to avoid when writing. It's frustrating when someone raises a point you've already thought of but chose not to address for whatever reason, but you have to be willing to do that or the dialogue will go on FOREVER.

Here are a few examples of things I chose to leave out of this discussion in spite of briefly addressing them in earlier script drafts:

- The fact that at least one of the cloaked figures can clearly get on rooftops, which is another issue in trying to look for them.

- The various issues with Nanase simply flying around in search for them.

- The fact that at least one of them would have to go to downtown Moperville just to get the fairy there because Nanase has to inhabit an existing fairy or make a new one connected to someone she knows.