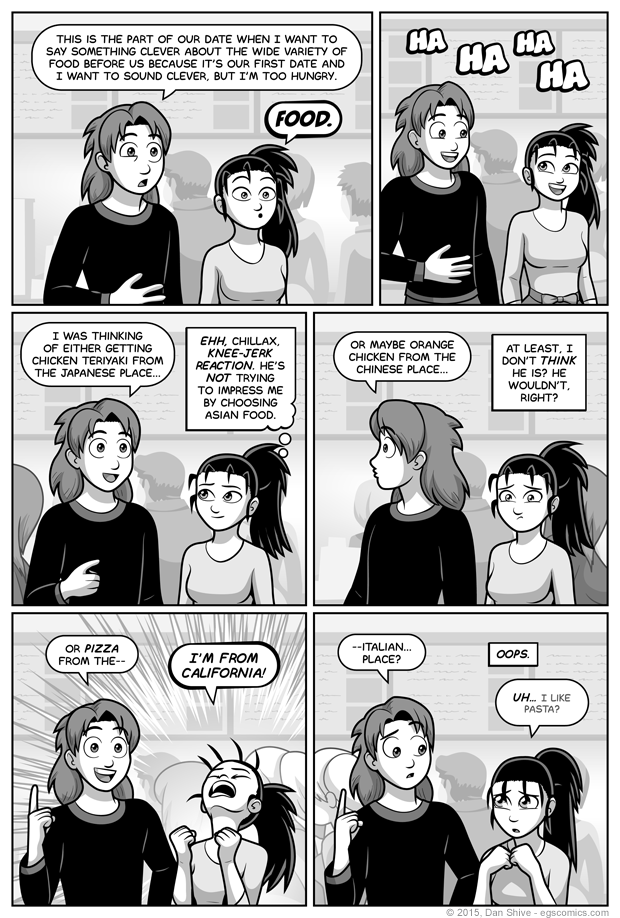 If Elliot were me, he never would have gotten past panel three in terms of choosing a place. Unless, of course, there were soft pretzels and pretzel dogs on the table. Then an epic battle of will would begin.

I briefly considered drawing an establishing short of a mall food court. Then I slapped myself, because it would have been a TON more work for me for very little gain, and we wouldn't get nearly as good a look at Ashley's "FOOD" face.

Ashley is from California because I didn't want to her have been born in Moperville, I've been to San Diego four times, I've known several people who've lived in California, it's significantly different from the Midwest in several ways (climate, if nothing else), and possibly some other reasons people can speculate about if they feel like it.