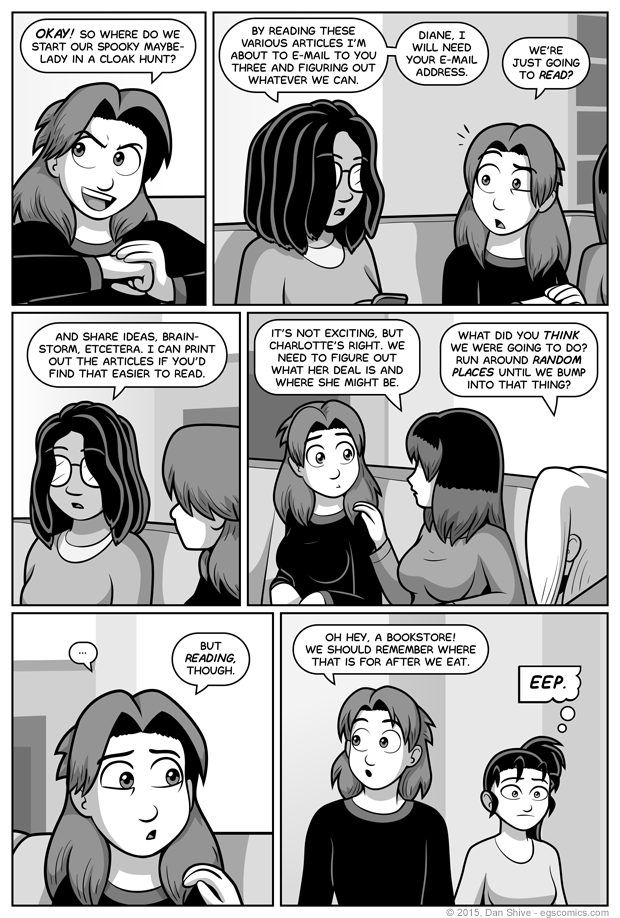 Now, see, the obvious solution is to get Tedd to invent a spooky cloaked figure detector.

Creating this comic gave me flashbacks to various college group projects in which I would inevitably take on the role of group leader by simple virtue of nobody else taking that initiative (in spite of my hoping someone else would), and commonly be grouped with a bunch of Ellens.

By which I mean several people who would respond to various mundane tasks as Ellen has here. I would not complain about a project group consisting of me and three Ellens.