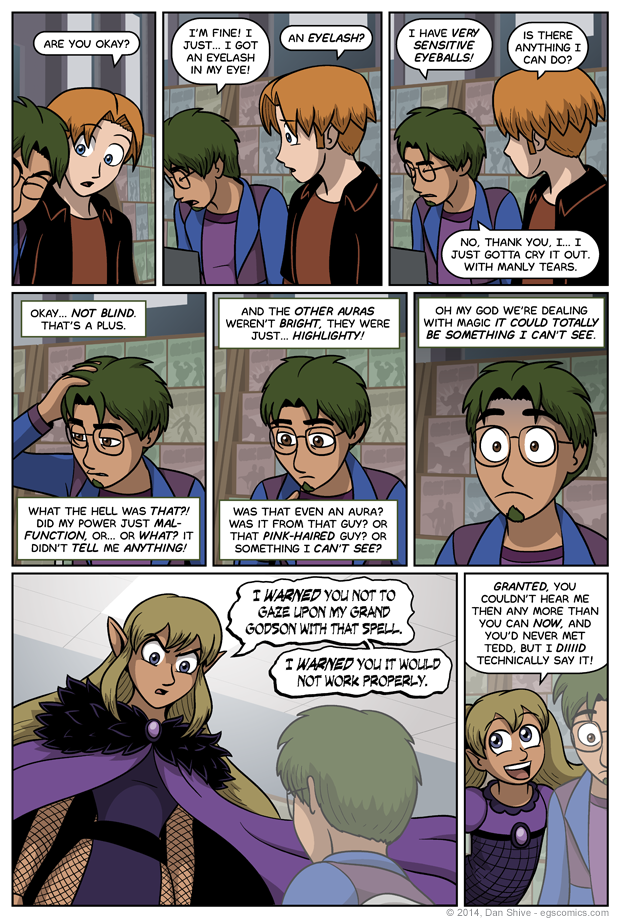 Quick  Patreon update! It's over 2,000, and another Milestone has been added! That is all :D

Let's see... strong evidence supporting Pandora being responsible for the markings, evident reveal of Raven being Tedd' godfather, confirmation that Tedd was the source of the flash (sort of), and confused / scared Luke.

Sounds like a Monday comic to me! Definitely not a Tuesday comic. A Thursday comic ? I guess that depends on Tuesday. It could function perfectly well as a Wednesday comic, but really, what doesn't? It's the middle of the week. You can put any day of the week on Wednesday and it will work out. Well, any WEEKday. Try and put a Saturday or Sunday there, and it'll end in disaster! Which should be obvious, because I don't update on weekends, so that would mean no comic at all, and that would be all sorts of Monday.