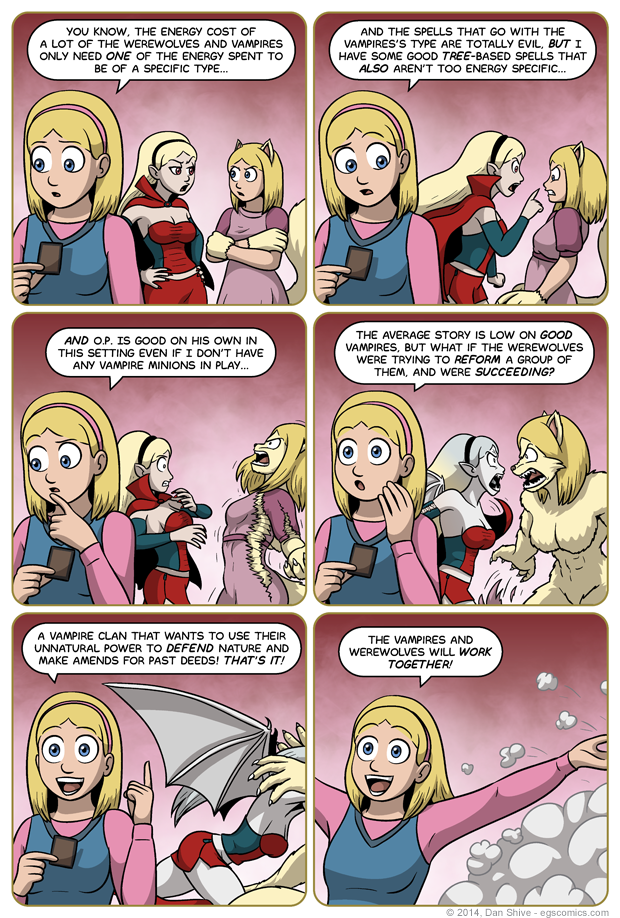 According to my own internal logic of how this representation works, the Vampire and Werewolf Sarahs really shouldn't be fighting giving Sarah's frame of mind and thinking during this comic. Well, THEY'RE FIGHTING ANYWAY.

Granted, I could explain it in a way that fits if I had to. But for the moment, at least, I don't.

But what of the little pony, you ask? Won't someone think of the ponies?!

THIRD PAIR OF SUN--Okay, this isn't working. This is too many sunglasses. Honestly, it's astonishing I managed to get two to work, and I use the term "work" loosely. I gotta be more selective about  my "put on sunglasses" moments.