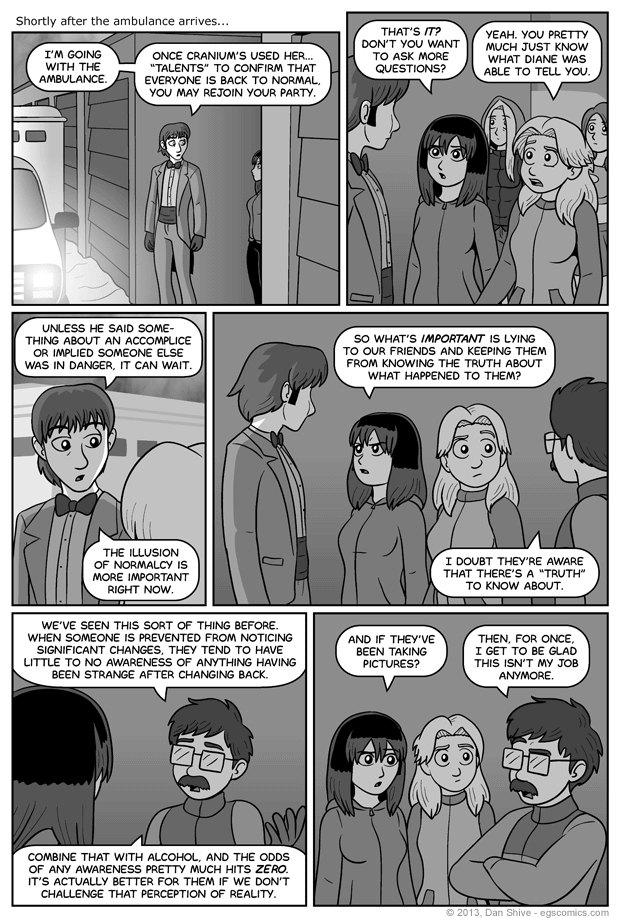 It took me a while to figure out where they could all relocate in this comic without remaining out in the open or standing by an apartment door or window. Then I realized I'd left big gaps between the structures with small garages that renters can use if they're willing to pay a premium, and I was all like "yeah" and performed a rock guitar solo in order to win the big band competition at summer camp.

...Okay, I'm not sure where my head went at the end of that last paragraph, but most of it was true. In any case, the only reason they were standing around out in the open for so long before was because that was where Not-Tengu was, and trying to move him would have been initially impossilbe, and once he was human, it could have woken him up or injured him further.

Granted, they might not have cared much about that last part, but it was still a factor!

Also, I assure you that Grace and Charlotte are there, too. They're just off-panel. Agent Cranium, meanwhile, is checking on the party.