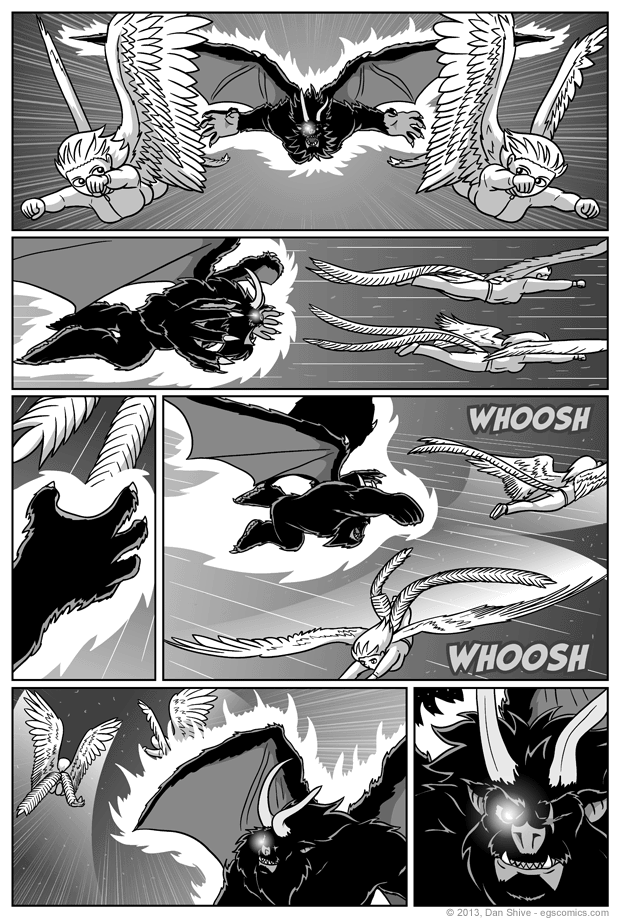 Here is, in 100% seriousness, the actual script I used for today's comic:

Whoosh - Ellen and Nanase go off in opposite directions

Believe it or not, it was very helpful.

I always feel a little guilty about action comics such as these. They're necessary at times, but it's an update that feels like "BAM! COMIC! DONE!" It doesn't exactly take long to "read" a series of action panels, and even though there are six panels and it took me just as long as any other comic to make (If not longer. Thanks, feathers), it still feels like a brief update.

Then I remember I'm updating with five comics a week these days and feel much less guilty.