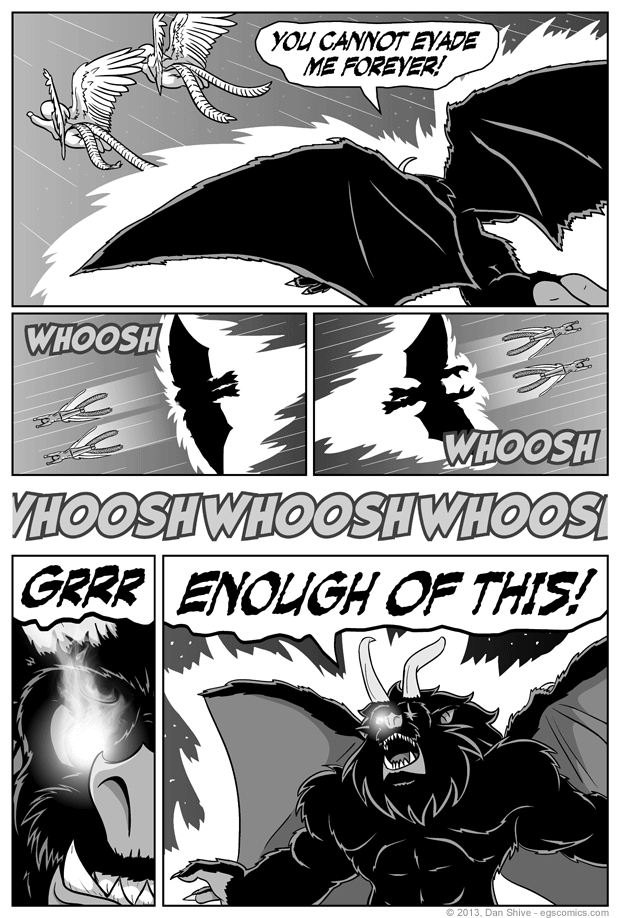 Were I still updating only three times a week, this and the previous comic probably would have been merged into a double-sized comic in an effort to alleviate the unbearable guilt of the action sequence update pacing. I'm updating five times a week, however, so it's difficult to feel that bad about it.

Of course, I suppose I could have made this comic double-sized without much effort. The whole point is to convey a bunch of chasing, right? I should've just kept repeating panels two and three a whole bunch of times. I wouldn't even have to stop at double-sized! Imagine a "whoosh" filled quintuple-sized comic!

Man... I dropped the ball on that. We could have had so many whooshes!

Speaking of those two panels, I considered having Nanase and Ellen be white silhouettes, but the resulting shapes just looked weird without lines. I think the way I did it also helps highlight just how much of a size differential there is between them and Not-Tengu.