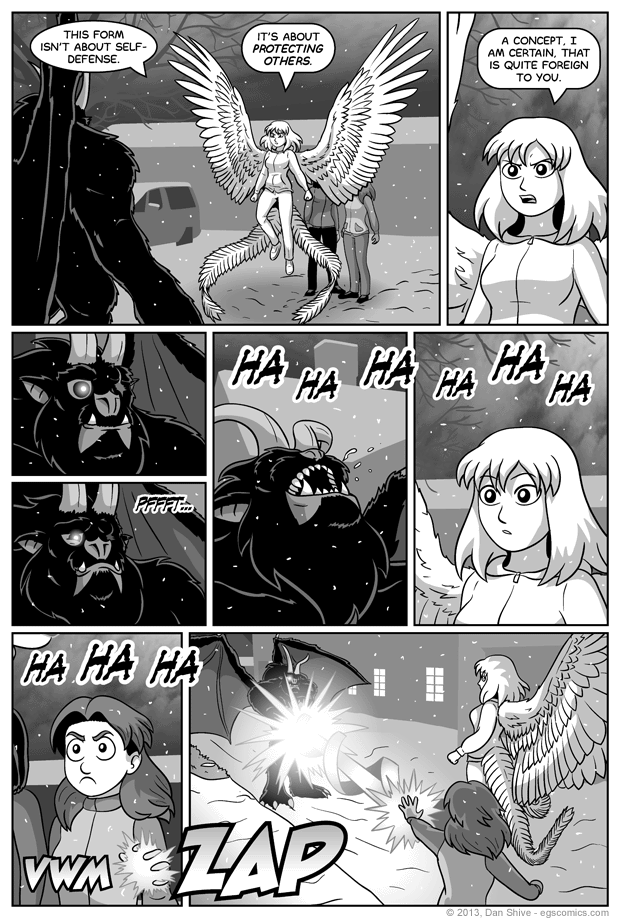 Posted July 22, 2013 at 1:00 am
I've lost count of how many messages I've received in one form or another about Ellen zapping Not-Tengu. There are a few reasons why she hadn't tried prior to this point, including the primary goal not being to fight Not-Tengu, and Nanase urging Ellen to keep him talking.

Laughing at Nanase's holier-than-thou action hero line, however? That was the last straw.

I made an executive decision to keep Nanase's eyebrows visible in her updated angel form. They were not visible in previous comics, which actually made some sense. The angel form is very closely surrounded by some form of energy or something that makes everything but her eye color literal white. The eyebrows don't actually go anywhere, but if they perfectly match the rest of her and aren't very thick, it's natural that they'd be barely visible.

That being true, however, doesn't change the fact that I use eyebrows to convey emotion, and I want more range of expressions for her angel form beyond "angry Nanase".