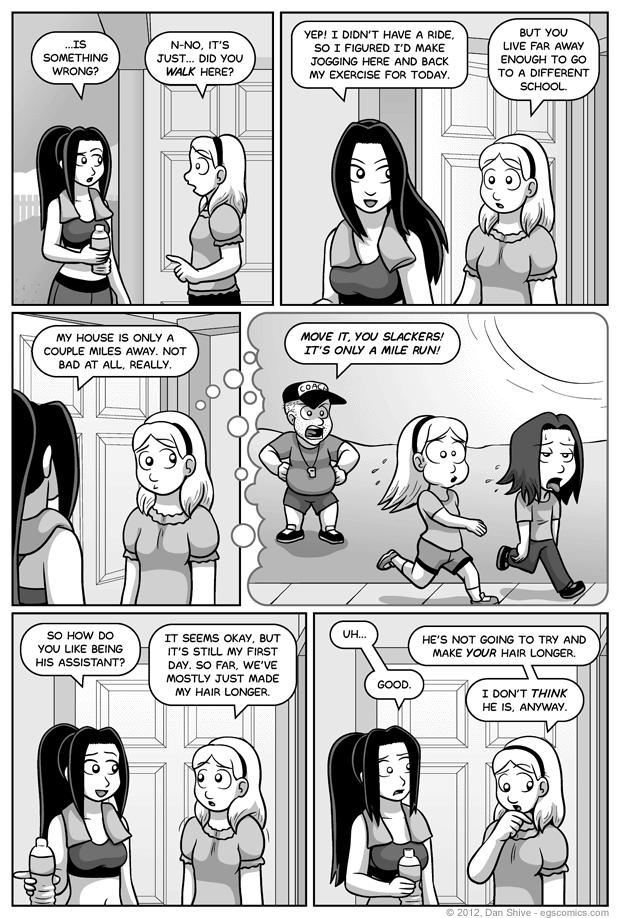 I originally pictured Nanase removing her running shoes in this comic, but the staging got so awkward that I abandoned the whole deal. Should you see her shoeless feet later on, know that her shoes were removed sometime between this comic and her arriving downstairs. She did not, I repeat, did NOT jog to Tedd's house in her socks. I know that thought would have worried many of you.

I don't know how universal this practice is, but when I was in Junior High and High School, we had timed mile-long runs. I don't recall how frequent they were, but at least frequent enough for me to learn to dread them. I can move fast when I need to both then and now, but not for very long. I'm like a much less threatening variation of Gimli from Lord Of The Rings.