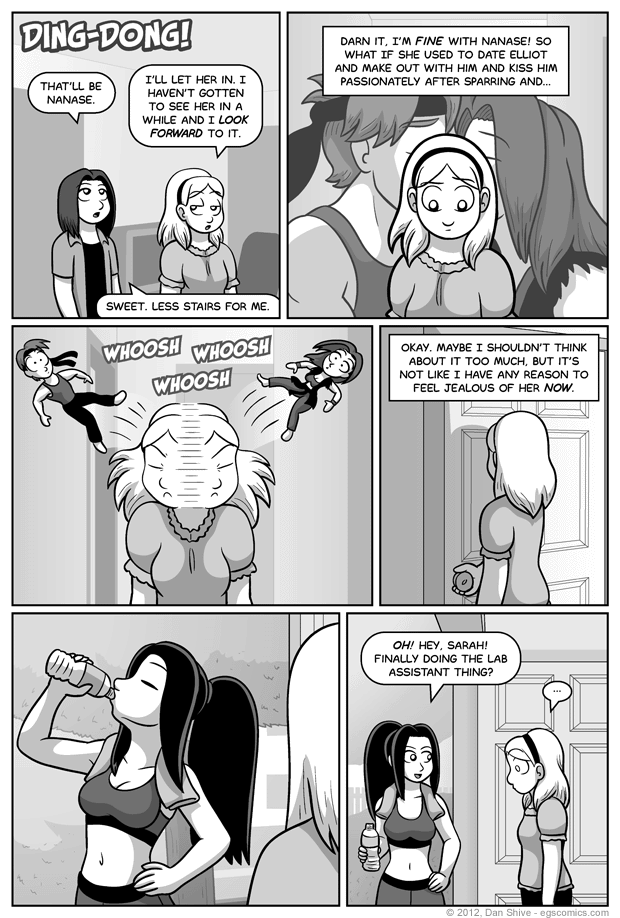 I like the idea that Tedd is extremely active mentally but somewhat lazy and weak physically. I would say he'll probably put on weight later in life, but he owns a Wii, so he'll clearly keep it off. Well, that, and he has transformation technology, but it'll mostly be because of the Wii.

That "I think" up there in the reference links is in part due to my nature of second guessing myself, and the simple disbelief that accompanies the thought of it having been over five years since they've interacted in a story comic. Only one word aptly describes such a thing: Dude.

Of course, that may or may not be the last time they actually saw each other. There have been a few time jumps, after all, and we don't watch them 24/7. That would be rude, after all.