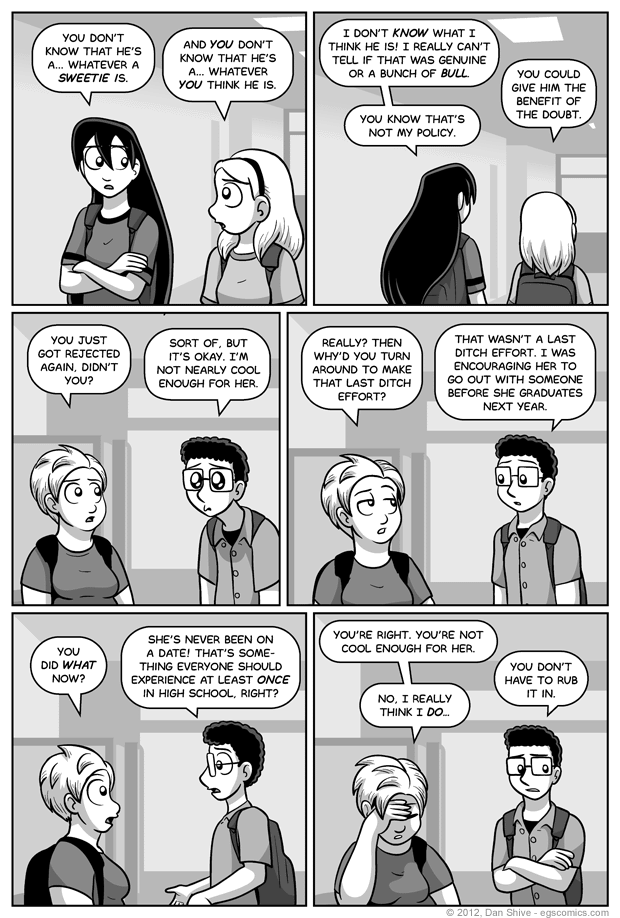 To be completely honest and revealing of horrible behind the scenes secrets (what else are commentaries for?), this comic was a very late addition to the story. I decided that while I wanted Susan to be in the dark and confused, enough people care about Matt as a character that I didn't want his intentions to be left hanging in a cloud of vagueness.

Of course, as a result of this, Matt needed someone to talk to. Having not previously established any friends for Matt, suddenly a friend had to spring into existence, so... yeah. Now this character exists. And she's friends with Matt. And stuff. And I don't think this is the last we're going to see of her, either. If I didn't know any better, I'd think she just sort of willed herself into existence and that's why this comic page exists.