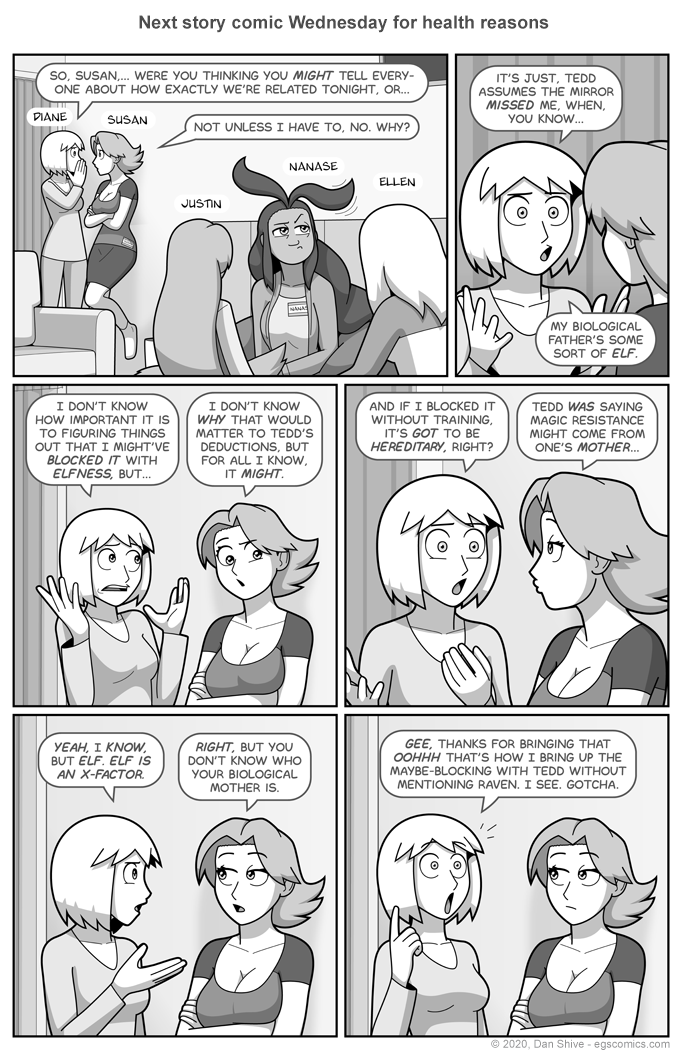 - When last we saw Susan and Diane

Incidentally, "Chekhov's gun" is an expression having to do with how things being included in stories should be necessary to those stories, so "Chekhov's technobabble speculation" refers to that earlier discussion setting up this option for how to talk about this possibility with Tedd.

Granted, Diane being adopted means there was always the option of saying "I don't know who my biological parents were, maybe I inherited strong resistances from them", making Tedd's earlier speculation almost entirely redundant in so far as this situation is concerned.

Look, it's not ENTIRELY redundant. It impacts how Diane approaches Tedd! That could matter! And it affected this conversation with Susan! And... Um... Uh...