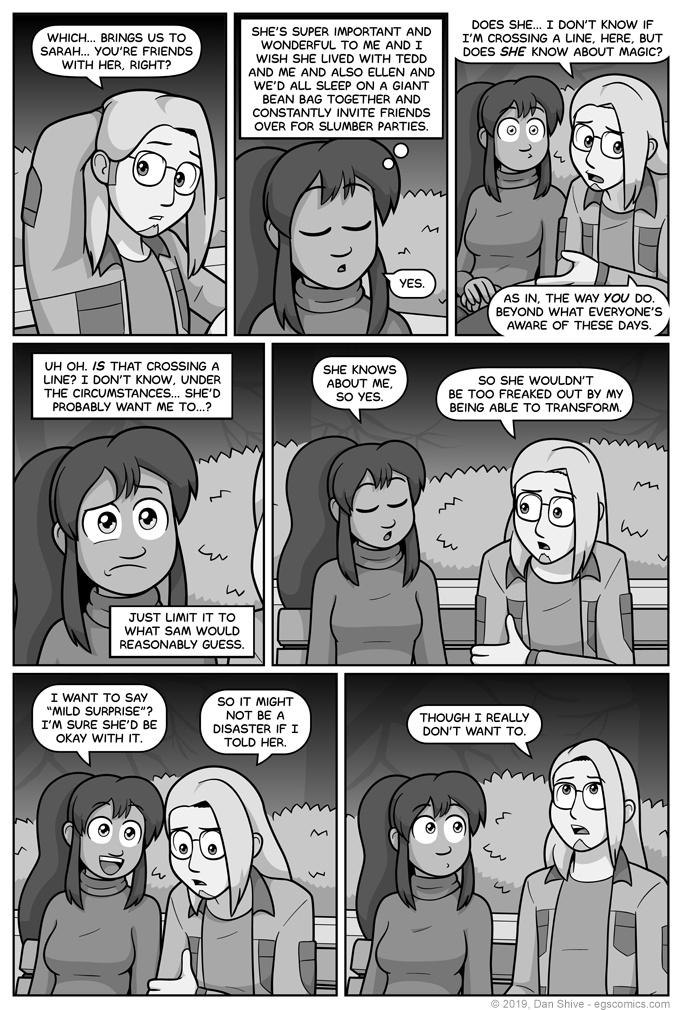 THE SHOCKING TWIST! If one hasn't been paying attention to what Sam's been saying. He's had quite a bit to say already about not wanting to come out again and only thinking about doing so eventually because he feels like he's going to have to to live how he wants to live.

Of course, that begs the question of why he's brought up Sarah at all in this context, and we'll only learn the truth about that if it turns out this is some sort of sequential art in progress with follow up pages of some sort.

Panel two isn't meant to be teasing. This is about as genuine Grace as it gets. She'd be totally happy with that arrangement (which would be a lot more innocent than some of you are probably imagining, but still).

At least, she would in theory. I've gotta figure such a sleeping arrangement would be less comfortable in reality than in one's mind. And what if someone in the middle needs to get up in the middle of the night? Plus, I've slept on bean bag chairs, and believe me when I say it can backfire on your back.

You ever manage to pull that arrangement off, Grace, I recommend multiple beds. Also, probably multiple rooms, because you need space on either side of the bed, or it's that "need to get up" problem all over again, and... THERE ARE A LOT OF LOGISTICS TO CONSIDER, GRACE.