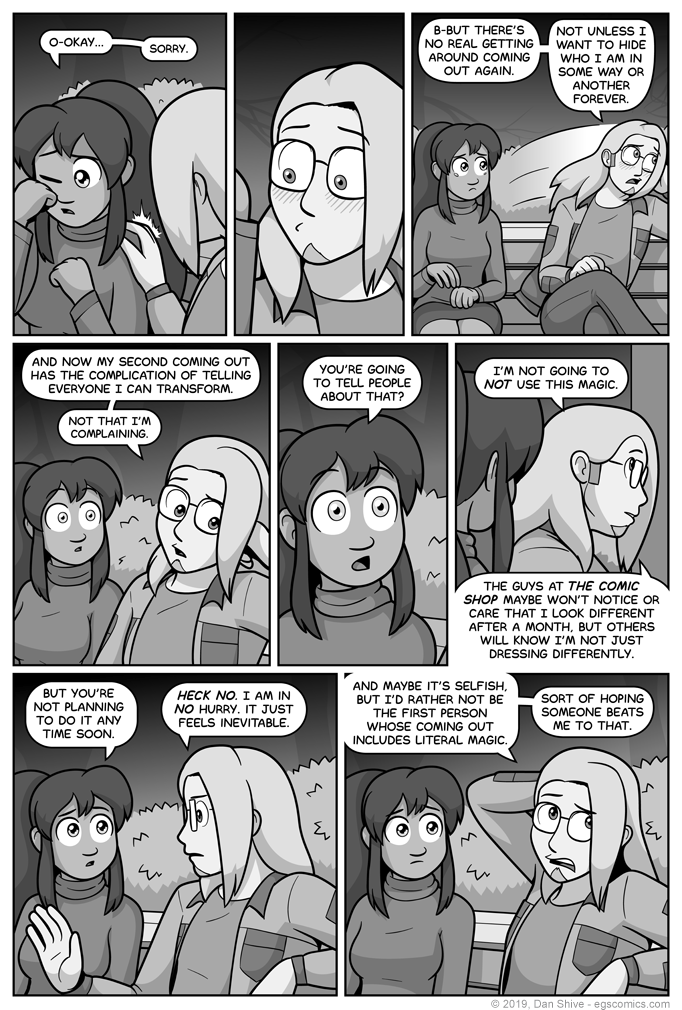 I wouldn't worry too much about that last bit, Sam. Given the comic you're in, there's probably going to be a fierce competition for who gets to do that first followed by a bunch of people following their lead.

Actually, I wrote that as a joke, but that's really not outside the realm of possibilities. I mean, you could argue that that can't happen because I wrote it here, but that would just add a bit of a twist to it if it does happen. Of course, now that I've called attention to that...