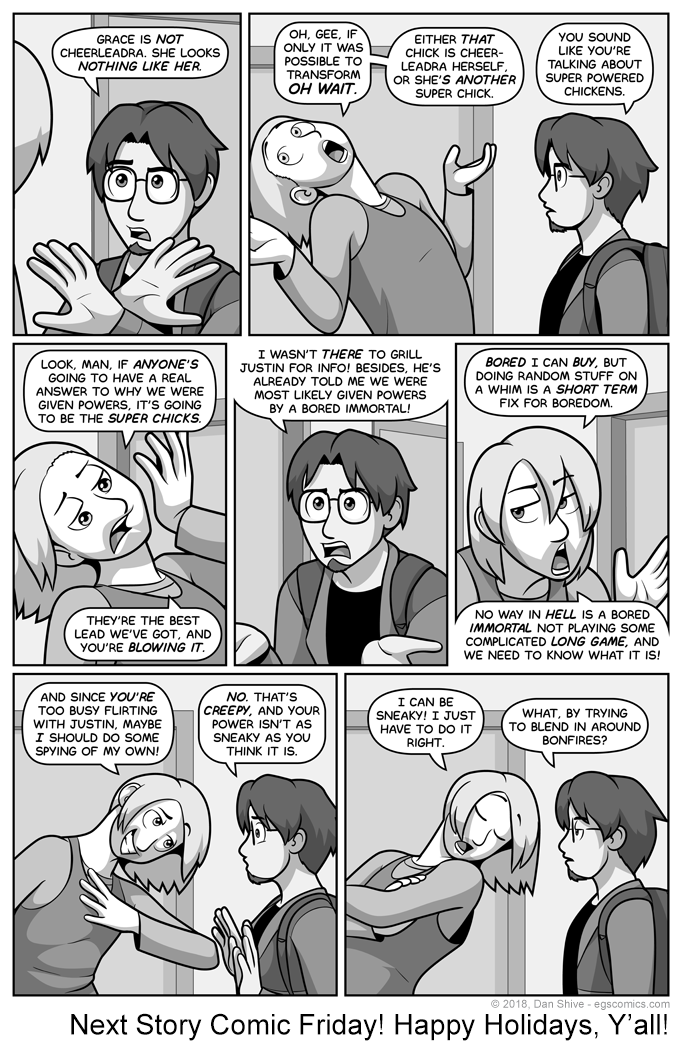 And a Merry Christmas Eve! I'm taking Christmas itself off, which means no comics Wednesday (Story or EGSNP). I do intend a sketchbook on Christmas itself, however, for Ellen has Green hair now, and it's been a while since we've seen Santa Ellen.

I think Camdin is successfully less hot now. In the previous comic, I threw together a bunch of separate elements that were supposed to make him look a bit of a lanky mess, and he just wound up reminding me of Owen Wilson or something.

Now his bendyness and such is balancing the scales somewhat for me, though it does make him really fun to draw.

I agree with Camdin in panel three, or rather, I agree with his assessment of tackling boredom. Random nonsense is great for a short term fix, but if one's tackling boredom on a grander scale, one really needs something more engaging. It would make sense that an immortal being would need more than randomly people.

Where I agree less is that there's no way that could be the case. For one, it assumes that the immortal in question is actually good at dealing with their boredom, which is certainly not guaranteed.