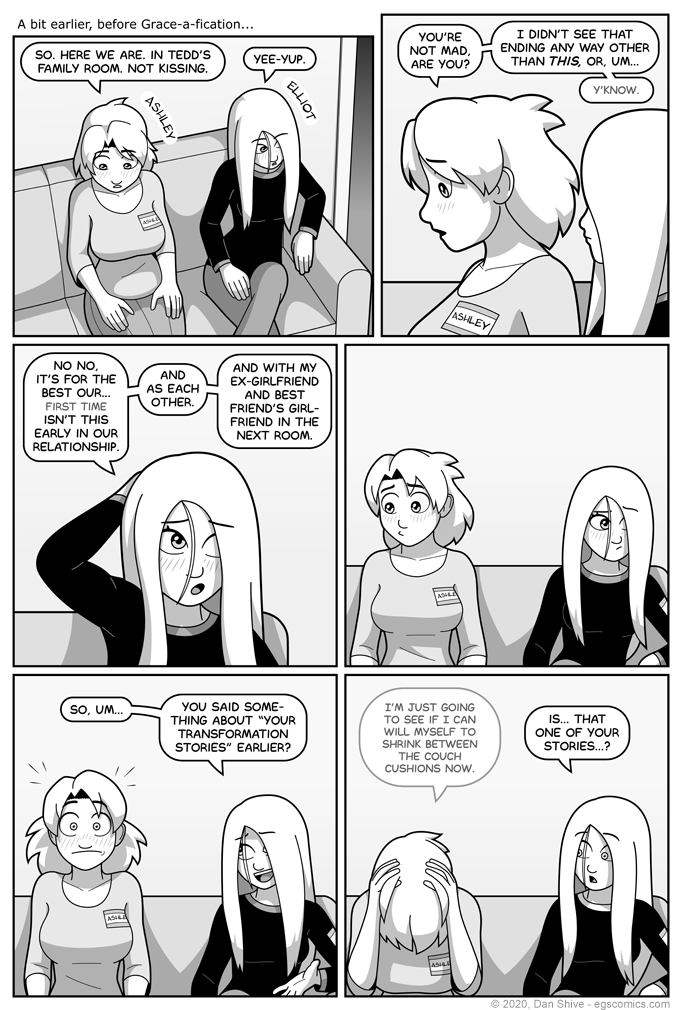 -When last we left these two dorks...

In answer to Elliot's question in the last panel: No, of course not.

It would be a story about shrinking from embarrassment in a way more public setting, possibly while giving a speech of some sort, or on live television.

Also, I hadn't planned on Elliot saying anything in the last panel, but that just seemed like such an Elliot response.

I like that we're getting to these two discussing Ashley's stories now for reasons I'll naturally elaborate on later, but ye gods, there have been so many moment during this gosh dang party when I thought "NOW'S the time Ashley's going to talk about these stories! Wait, it doesn't quite work. Okay, NOW it's... Eh, no, that's a bit forced, but maybe NOW nope."