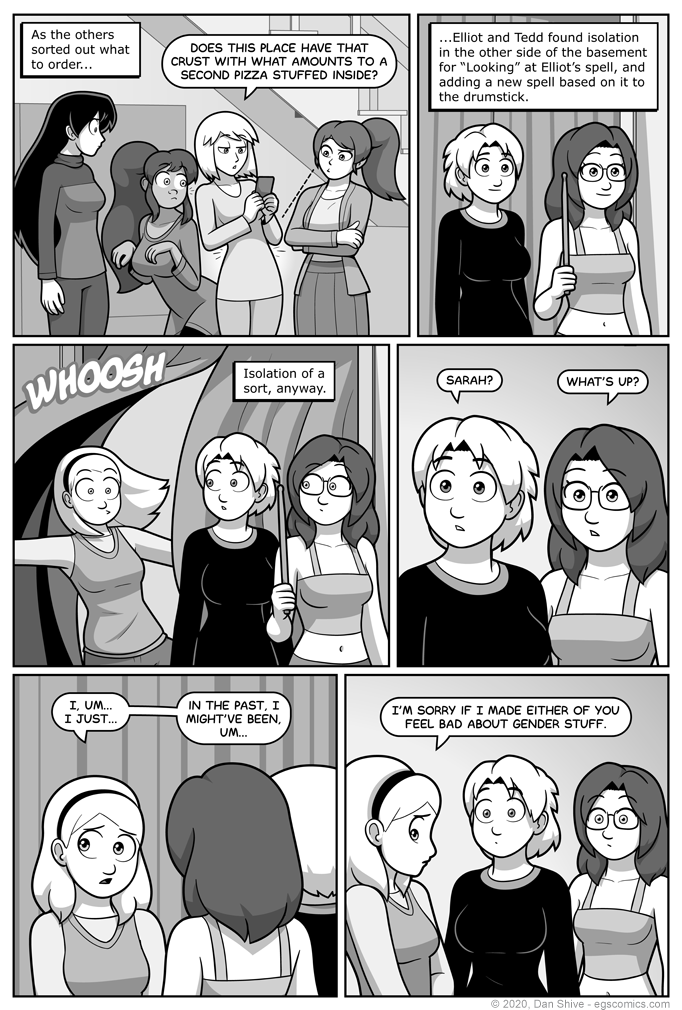 EDIT: As (used to be) mentioned above, I'm postponing comics until next week due to a back problem. I'm hoping I'll be fine to have the next story comic Monday, but I won't know for certain until I actually feel better. Every fiber of my being wants to apologize for this, but it doesn't seem like I should apologize for a health problem, so I'm just going to mumble my apology so no one can actually hear it.

This comic was late, and rather than simply being distracted by... EVERYTHING (and a perpetually messed up sleep schedule), the main issue here was that I was trying to avoid exactly what I wound up doing:

NARRATION (Krak-a-thoom, and what not)

I've recently concluded that I really need to embrace narration in future storylines.

And... Um... I guess that's it, really, but those are good enough reasons.

In spite of that, though, I thought adding narration to THIS storyline all of a sudden would be jarring, and something to be avoided.

Then I got to writing the transition between the last comic and Sarah talking to Elliot and Tedd.

It boiled down to characters saying what they were going to do, then doing it, and I disliked every idea I came up with until I gave in to narration. Instead of one whole dang page just getting Elliot and Tedd into the other side of the basement while establishing that the others were deciding what to order.

I STAND BY JARRING NARRATION AS A LESSER OF TWO MONSTROUS EVILS also I liked the "isolation of a sort" part. That's the sort of nonsense I want to be able to toss in here and there.