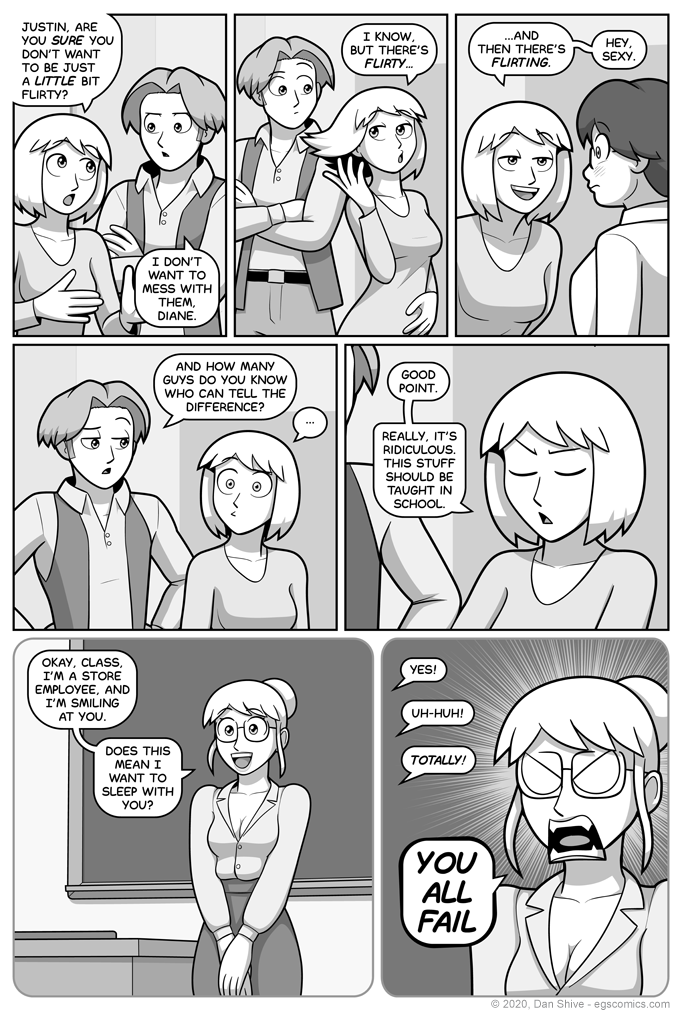 Diane has requested that I clarify... Okay, that's not true. Diane places all blame on being misinterpreted on those who have misinterpreted her, which I don't consider entirely fair, but now we're getting off-track.

*I* would personally like to clarify that Diane is placing blame on our education system, not men in general. She believes there are several things that should be taught in school having to do with social interaction.

I myself believe anger management should be included.

Everything past the first panel of this comic was a very late idea. I had originally planned to show that Diane didn't see the harm in what she would describe as being "a bit flirty". It wouldn't have been a big discussion or anything, and would have ended in just two panels (at most) with Diane finding Justin's stance weird.

I mostly just figured it would be very in character for Diane to not find a bit of intentional hip sway and the like objectionable in this context, and I enjoy Diane having contrary opinions.

Then I thought about Diane elaborating a little, and before I knew what was happening, I had an excuse for a fantasy in which Diane was teaching a class.

I felt I had little choice at that point.