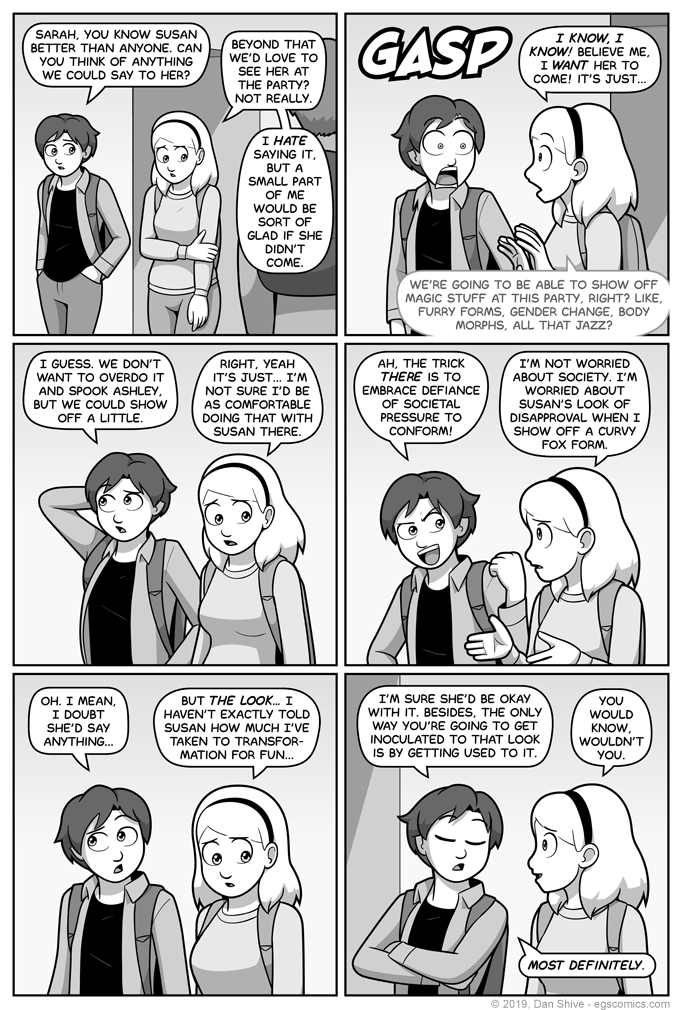 That's why she feels guilty about it, and why she hopes Susan will be there regardless.

(And then a rainbow appeared over the horizon, and we all joined hands and sang)

I think these sort of feelings are perfectly natural to have sometimes, like when someone wants to see a movie with you, and it's a franchise you know they'll make fun of and you really like the franchise, but they're also someone you care about, so you sort of both do and don't want to see it with them, and there's a bit of guilt about that?