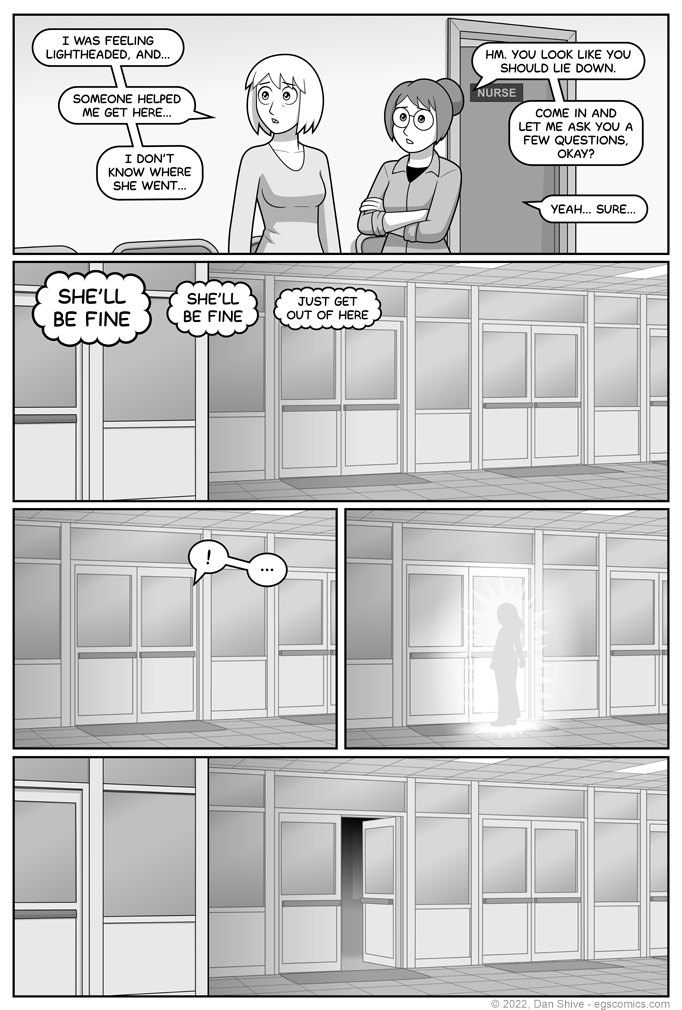 Part of me is super tempted to end the storyline here, as it would be quite the note to end on.

Also, it would mean I could start my Christmas break early (I'm taking this Friday, Saturday, and next Monday and Tuesday off).

BUT NO! This storyline might be near its end, but this isn't the "dun dun dun" we're ending on, darn it.

How do I even

Like many things that were difficult to figure out, the end result looks simple.

Figuring out how the heck I was going to convey what I wanted in those last four panels, however, took a while, and the ideas took on many forms.

And then I thought people might wonder about the incident with Abraham the previous year, and whether the cameras were new, and I'd want to establish THAT, and...