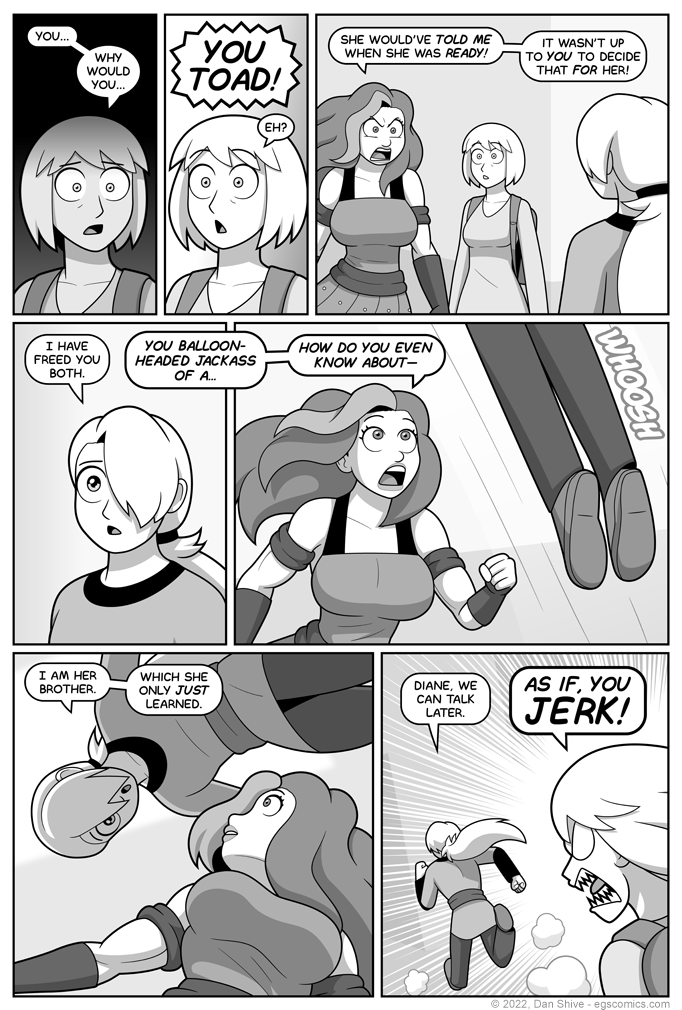 I'm not sure why I felt Lucy would call Noah a toad of all things, but I did.

I had a lot of difficulty with the fifth panel in which Noah jumps, and it took me a while to figure out why. It's because I was trying to figure out a visual to fit into the space I'd already decided on, and not sizing or shaping the panel based on a visual I had planned.

Put another way, because I wanted all this to fit on one page, I gave myself that much space to do something with, and then I had to figure out what that thing was.

If I was designing around the visual, I could've made the panel exactly sized for it.

And if this was a different sort of scene, that's probably what I should have done. Decided on visuals, and sorted out the panels around them. Given what the scene is, however, I'm fine with having a bit of trouble sorting out that panel.