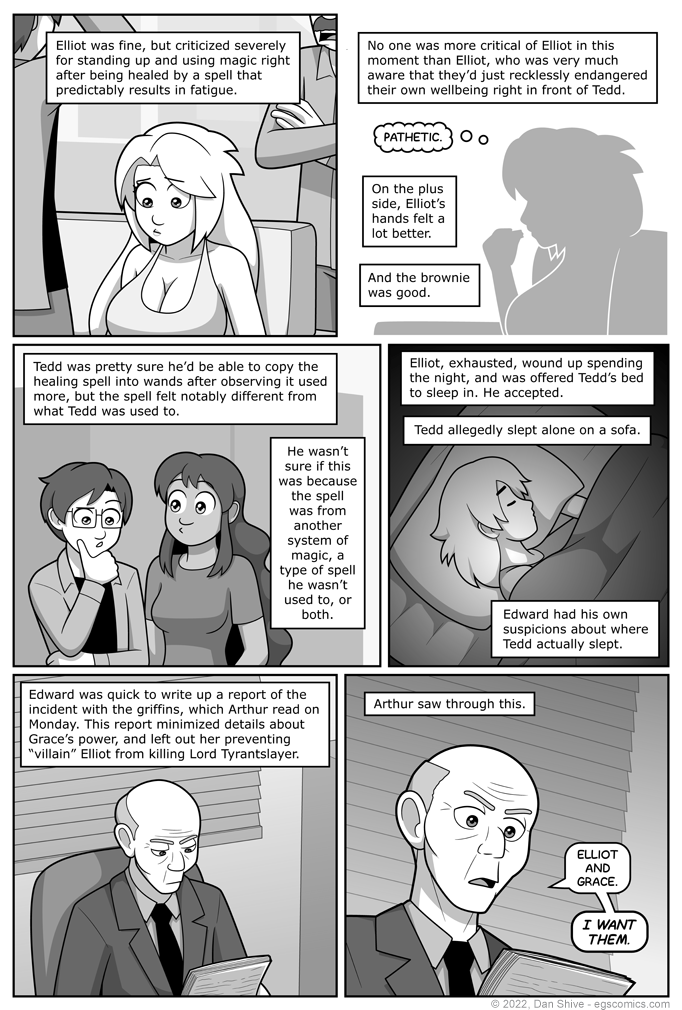 One more page before the end of Balance! After that, a two week break from story comics, but EGSNP will continue.

I like Arthur's last line as is, but just to be clear, he wants them as eventual recruits.

Whatever other conclusions one might have jumped to, jump right back to where your started, you.

This is Elliot's preferred form to sleep in.

There might be other factors, but I choose to focus on the long hair.

I originally wrote this scene without narration, but there was a snowball effect of there naturally being more and more to say (mostly because of the healing spell), and it really was starting to feel like an endless barrel of exposition that was there just to be there. Anywhere interesting it might have gone could be gotten to better later.

So a narrator jumped in, booted me from my chair, narrated the heck out of this scene, then fled.

Thank you, mysterious narrator, for taking what could have been a couple more weeks, and making it one page.