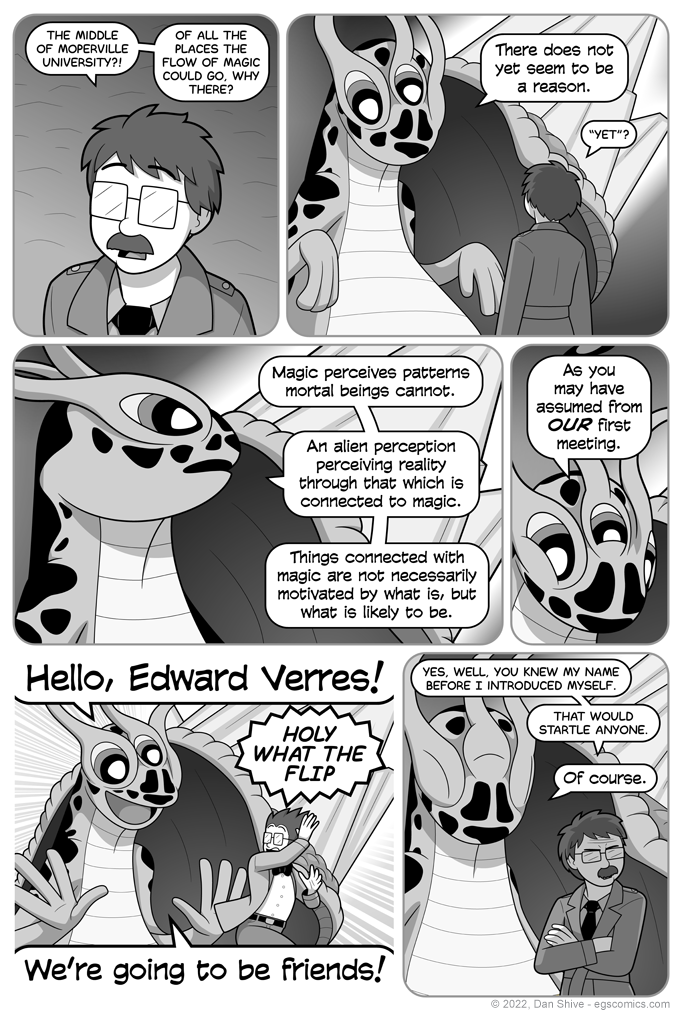 - An alien perspective (Tedd talking to The Will of Magic)

Also, the shocking revelation that Edward didn't always have a mustache.

I know most of you assumed he was simply born with one, but no. He decided to grow a mustache later.

I was about to make a "he was at least in Elementary school first" joke, but then I remembered I show him older than that in the flashback within a flashback, so... Way to ruin my joke, ME.