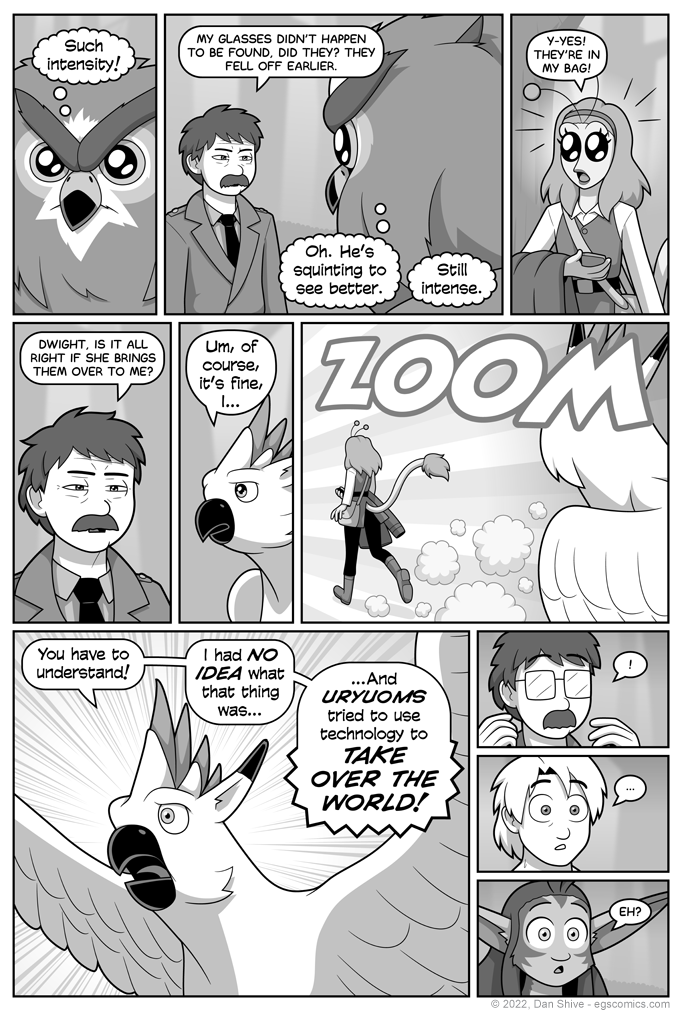 - Glasses that "fell off"

I originally intended the "such intensity!" bit with "oh, he's squinting" to be at the end of the previous page. Then I realized just how much I was trying to fit on one page, and how it was completely the wrong note to end the page on.

It also would have put the reveal on this page in the middle of it, which would have messed up which note a SECOND page ended on.

Basically, there was every reason to push it to the start of this page.

I decided on some rules for writing Edward in this scene.

Anything that sounds accusatory, and/or placing blame? Rewrite.

Rules like that. Almost everything has to have an air of neutrality to it.

His glasses weren't knocked off, they fell off.

Instead of asking if Dwight would have a problem with Virginia bringing his glasses over, Edward asks if it's all right for her to do so.

I didn't worry about sticking to these rules in the first draft. Edward just went ahead and said things however he felt like saying them. I made changes as necessary later.

While that's not always the approach to take, I sometimes find "just write whatever, then edit" a good way to get things written. Trying too hard to get it perfect right away can sometimes just result in a blank page.