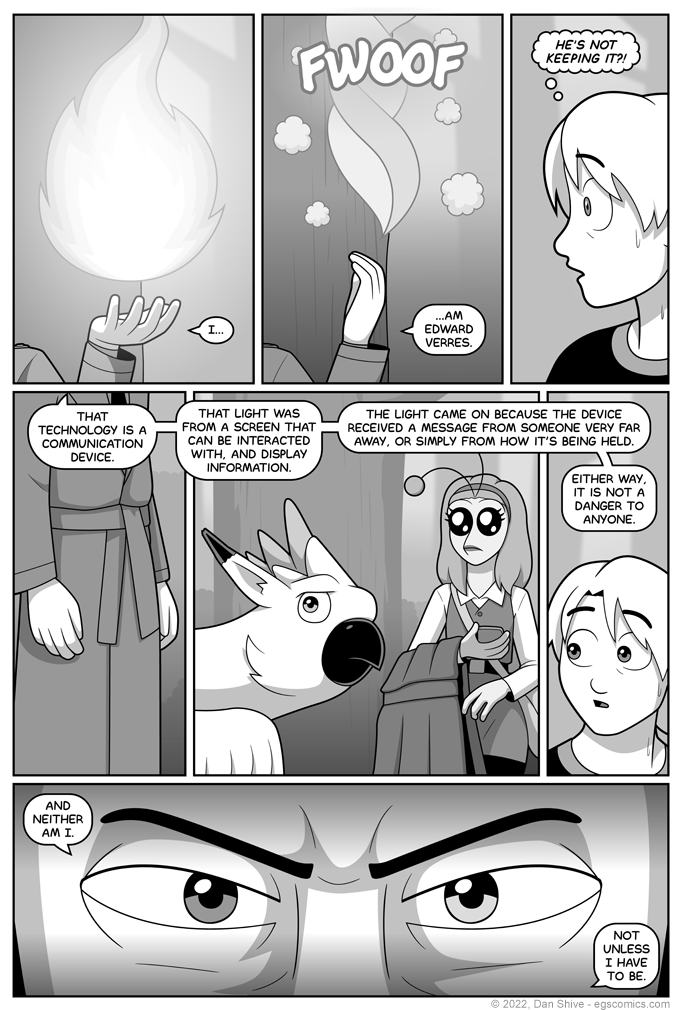 I'm not sure I can describe the delay of this page as unfortunate.

It's unfortunate that my sleep schedule has been disastrous, and that I felt it was absolutely necessary to delay this page, certainly. That aspect of it is unfortunate.

The thing is, however, not only did this page benefit from slight rewriting, but there will be long term benefits as a result of something that hadn't occurred to me sooner.

So aside from people having literally nothing to do on last Friday (I assume nothing happens the entire day if there isn't a new comic), and the whole "seriously, Dan, sort out your sleep schedule" thing, it's actually worked out well.

One of the bits of rewriting is that Edward avoids putting attention back on Virginia. The closest he gets to any mention of her is acknowledging that how the phone is being held could have made it light up.

Edward wanted all of Dwight's attention on him, and at no point did he want to put Dwight's focus back on Virginia.

In the original version, Edward put focus back on Virginia by addressing her directly, and I don't think that was the thing to do in this situation. Keep the overreacting bird-cat focused on the wizard diplomat until he's done explaining why Dwight should relax.