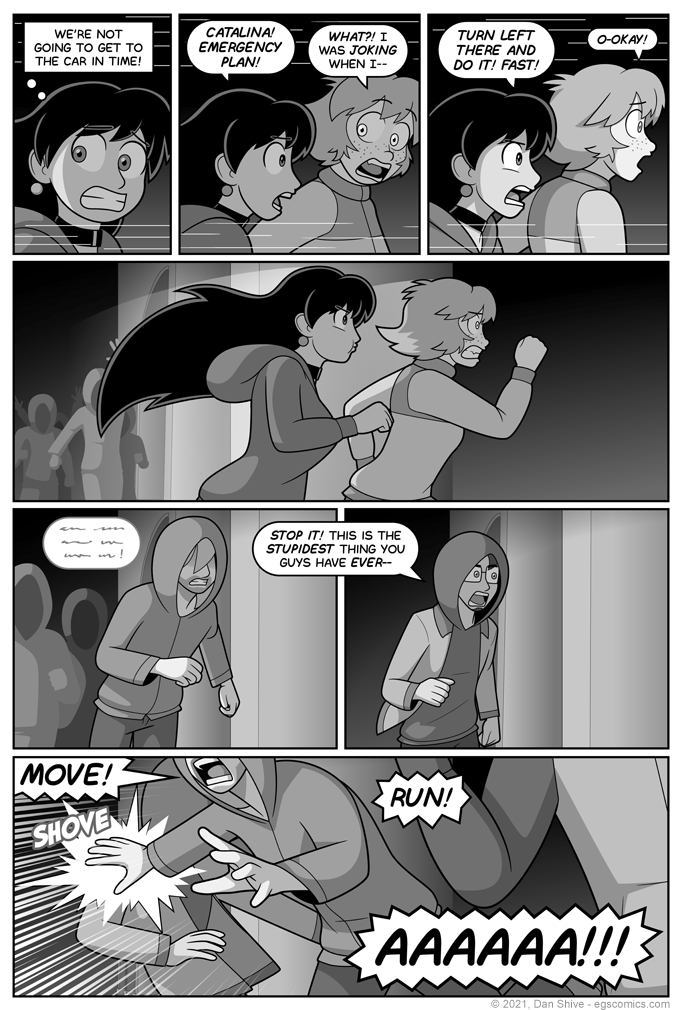 And so it was that cookies rained from the heavens, for many guessed correctly that Luke and his friends were involved.

The size of those cookies, however, depends on WHEN one guessed the incident with Luke was connected with Rhoda and Catalina somehow! If it was only the last comic, um... I dunno. A cookie that fits in one hand. If it was way back in the comic shop or something, a cookie that requires two hands to hold?

NONETHELESS, many cookies were metaphorically rewarded on this day.

Also, because I've been doing this long enough to know someone will ask:

No, whatever Rhoda is talking about in panel two hasn't been explained. I just wanted to establish that they were doing something they'd joked about before as an explanation for how they coordinated doing whatever it was so quickly mid-chase.