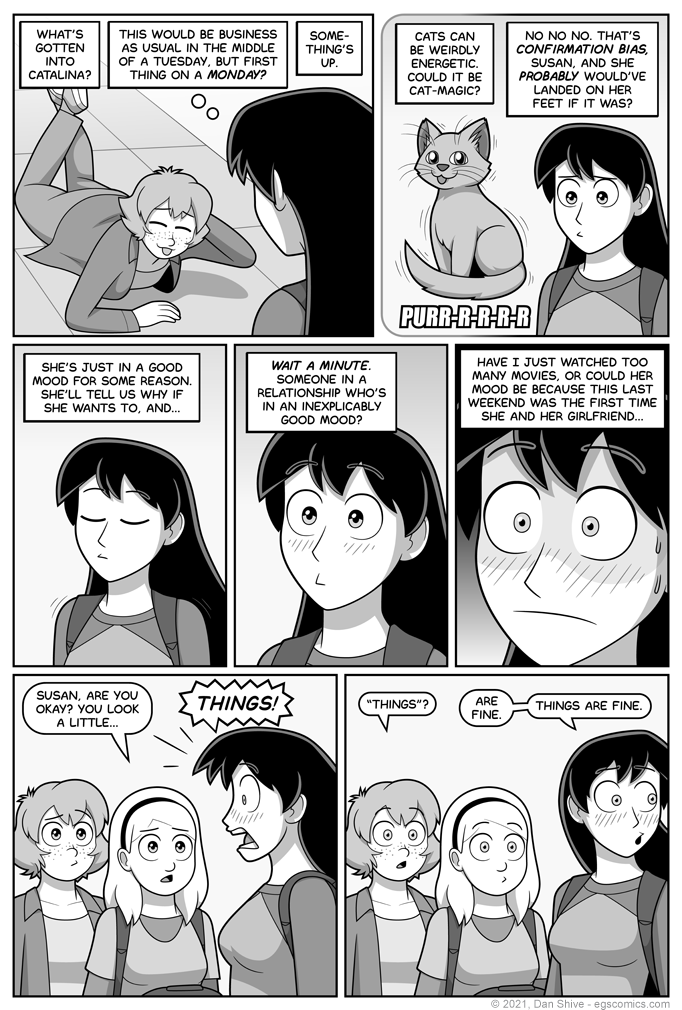 The confirmation bias in question refers to Susan thinking Catalina might have cat magic, resulting in a bias that is making Susan consider cat-based explanations for things related to Catalina.

Normally, I suggest people have earned cookies when they predict things, but I don't think anyone reached this sort of conclusion about why Catalina might be acting strange, and I think THAT'S worth a cookie.

Not a Cat-Like Landing

Full disclosure, I JUST thought it would be funny if Catalina demonstrated her mood by utterly failing at a backflip. I didn't think for a second about how I could capitalize on her failing to land on her feet like a cat until I read responses.

So yes! Part of this comic was affected by feedback. Granted, it's half a sentence, but it sure makes me look like I'd planned it to anyone who hasn't read this commentary. Thanks!

Interestingly enough, however, cats are physical beings within a reality with physical laws, meaning there's all sorts of reasons there's no guarantee they'll land on their feet. They're super good at it, don't get me wrong, but it's by no means guaranteed.

Then again, we are dealing with magic in this comic, so Catalina not sticking the landing probably is proof beyond a reasonable doubt that she is not presently using cat-magic.