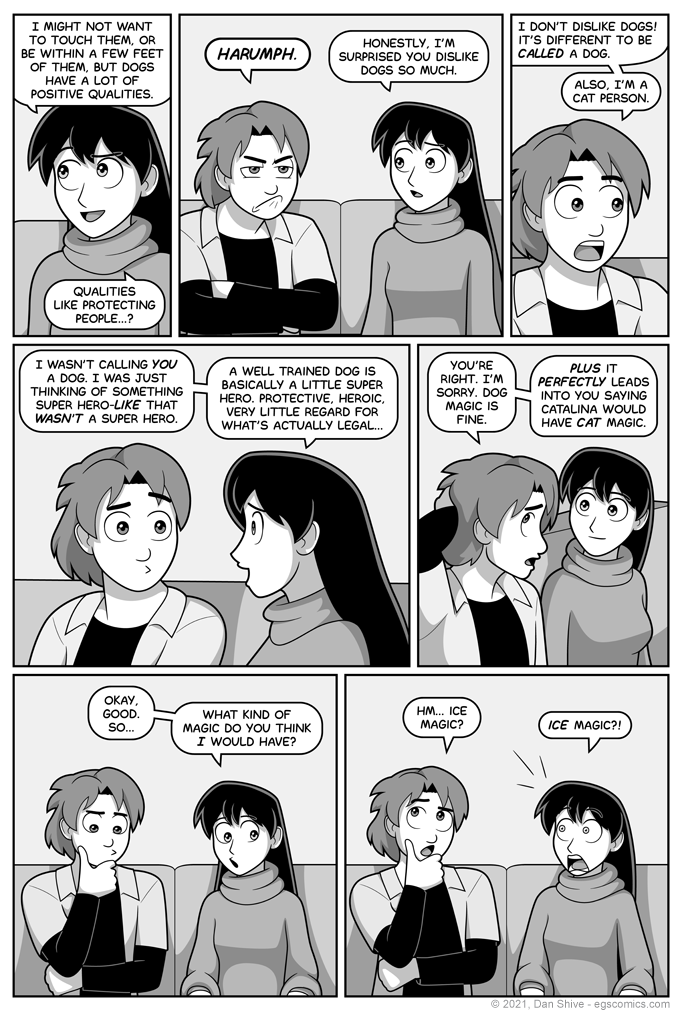 See? Elliot doesn't have a problem with good doggos! SO THERE!

(I'm not sure who I imagine that being directed at, but whoever they are, they are SO there.)

Part of the reason I decided on this interaction is because, like Susan, I thought it would help her sound natural later (maybe that says something about me, I'm not sure).

Another reason is because it offered a chance for Susan to discuss her plan and the logic behind it.

And ANOTHER reason I wanted to have this interaction?