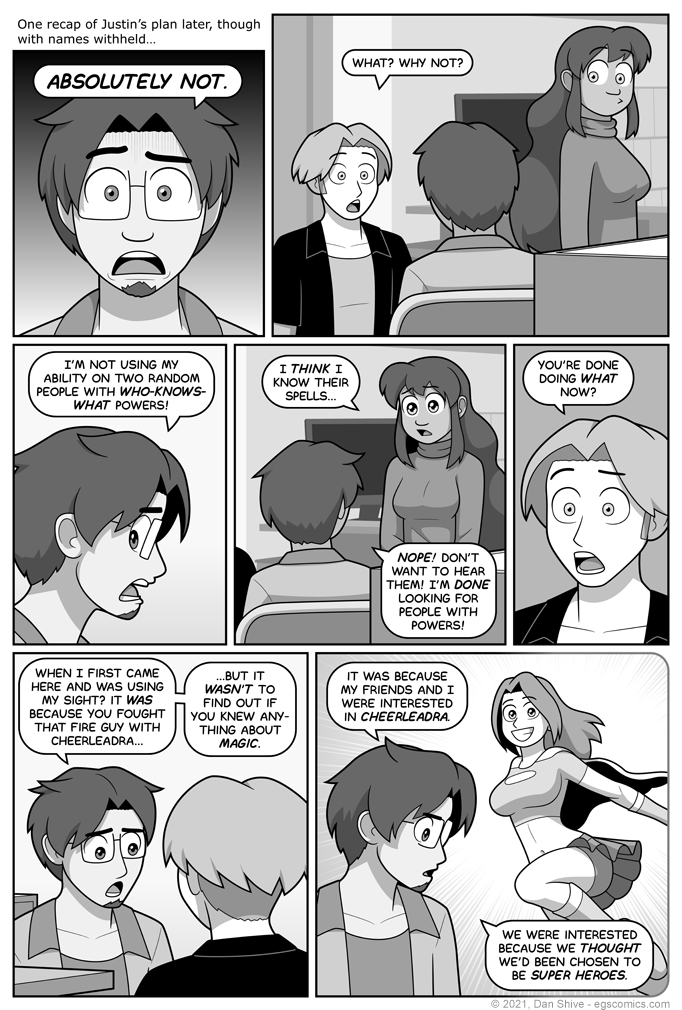 - Luke talking to one of his friends

I believe it has been confirmed several times by now that Cheerleadra wears shorts.

I regret thinking too much about that and wish I wasn't pretending that was the reveal on this page, but it's too late now, I've committed to the bit.