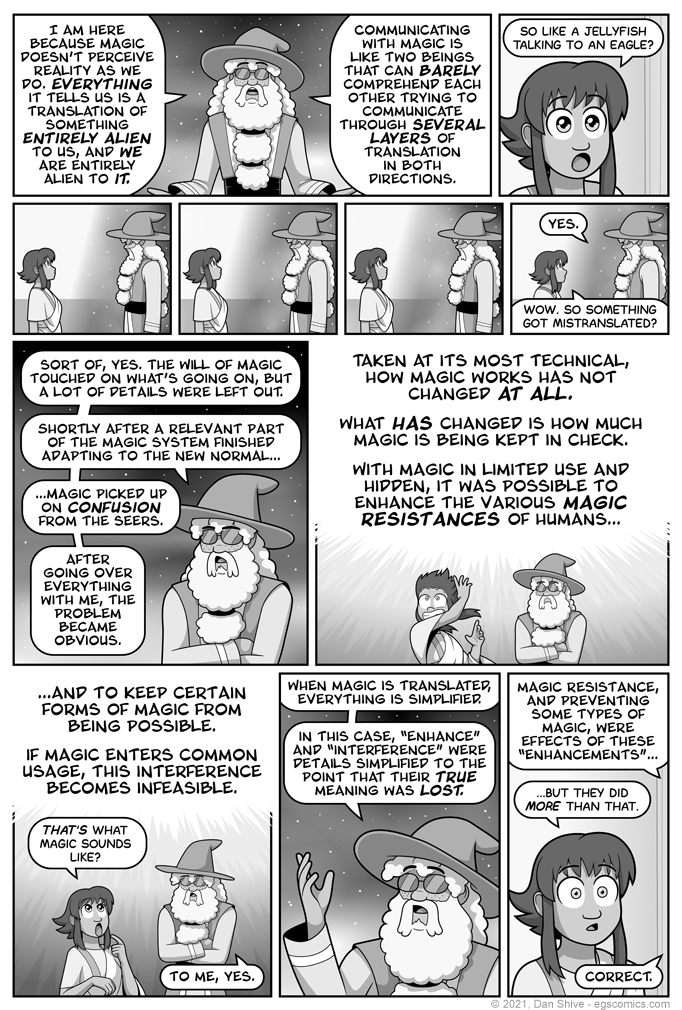 - So that WASN'T just randomly quoted 14 comics ago!

Firstly, "Dan's taking at least one day off next week due to getting his second shot" schedule nonsense: I have decided to take Wednesday off.

My choice is entirely because of where we are in the story, and my guess is that it would have been more annoying to take Monday off given how the above page ends. Time will tell, history will judge, but I THINK I've gone with the best option?

I think an error in communication between beings with radically different perceptions of reality is a reasonable explanation for Tedd and the others not knowing this was going to happen in advance.

I also think it's reasonable that changing how aspects of reality works could take varying amounts of time.

I would not, however, believe it for a second if I claimed I had planned this in 2018, so it's a good thing I already owned up to not having this planned back then.

I originally wrote a much lengthier explanation for why there could be problems with communication.

Then I realized that it's 2021, and most people have tried using automatic translations, and there are even joke videos out there based entirely on the premise of running text through translators multiple times.

Y'all probably get there could be issues without The Emissary elaborating for a whole page, is what I'm saying.

I think that's actually a really good example, Grace. If The Emissary can't appreciate the brilliance of your example, that's his problem.