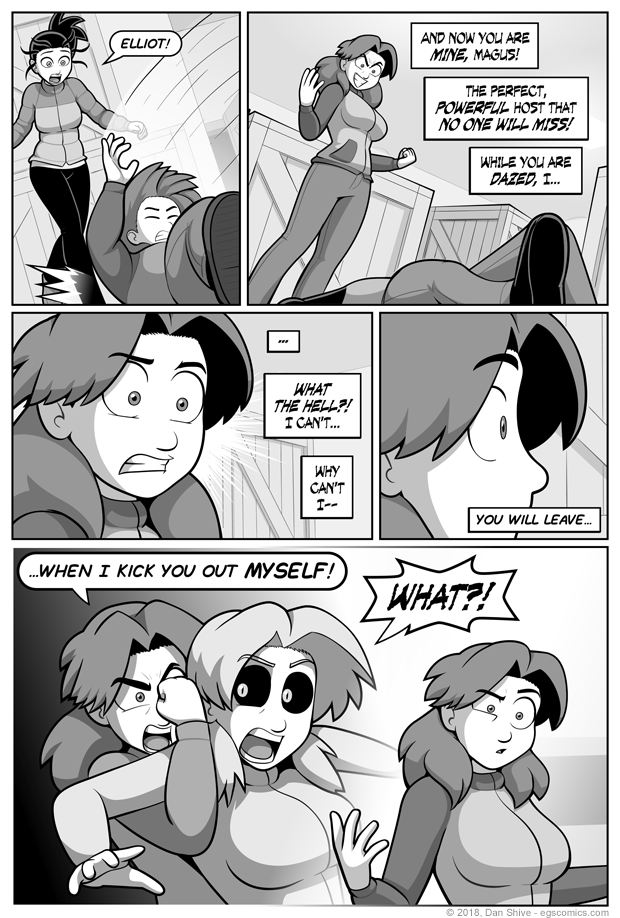 I wasn't 100% sure about making Magus's clothing a different color from Elliot's, but I feel validated after this comic, as it makes it visually apparent who is who in the first two panels without having to show Magus's hair. Granted, I could have gone with different angles, but I had faces I wanted to show, which limited my options somewhat.

Early plans for this storyline didn't have Ellen get to fight back against Sirleck. She was just a host for Sirleck, and didn't have any agency to speak of.

Later on, I decided "nuts to that".

Granted, Ellen's not literally holding Sirleck back like that. Technically, the real Sirleck doesn't even have arms. This is a visual comic, however, so darn it, let's get metaphorical about it.