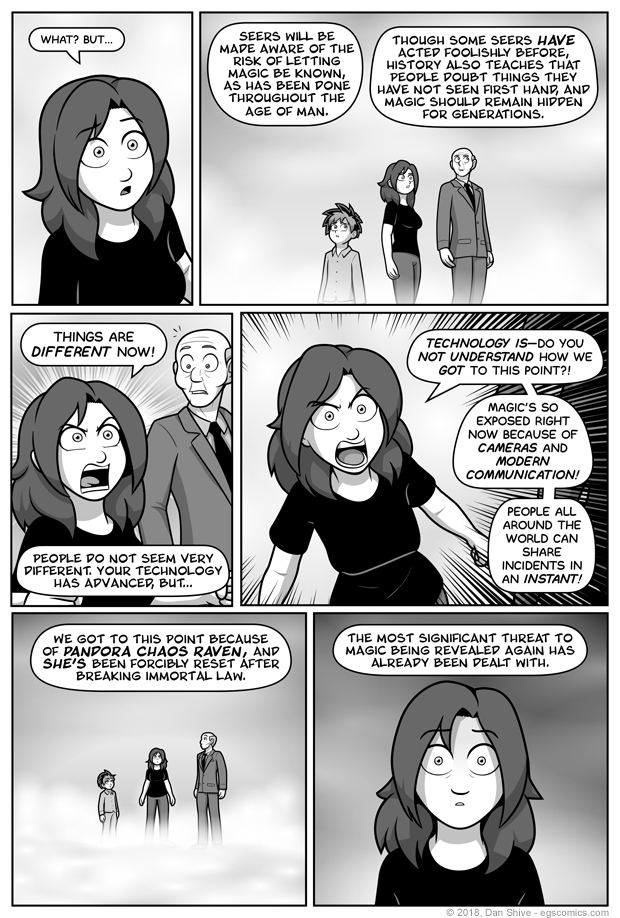 - Creepy girl on the news

- "You're the one who's been marking people?"
- "...Did YOU cause the ambient energy buildup?"
- "This was never about talking to Grace, was it."

Just as our perspective of seers was different from Arthur's due to our inside knowledge of how they're chosen (or rather, NOT chosen), Magic's perspective of the situation is significantly different from our own. It has seen a situation that would not have progressed as such without the actions of a single immortal of unusual power who has now been forcibly reset.

Magic is also not particularly good with tact.

By the way, I know it was established that this both is and isn't "magic" and its nature is beyond our comprehension, but "Magic" is just so much easier to say / write. You vaguely know what I mean ("vaguely" due to the whole "beyond corporeal comprehension" thing).