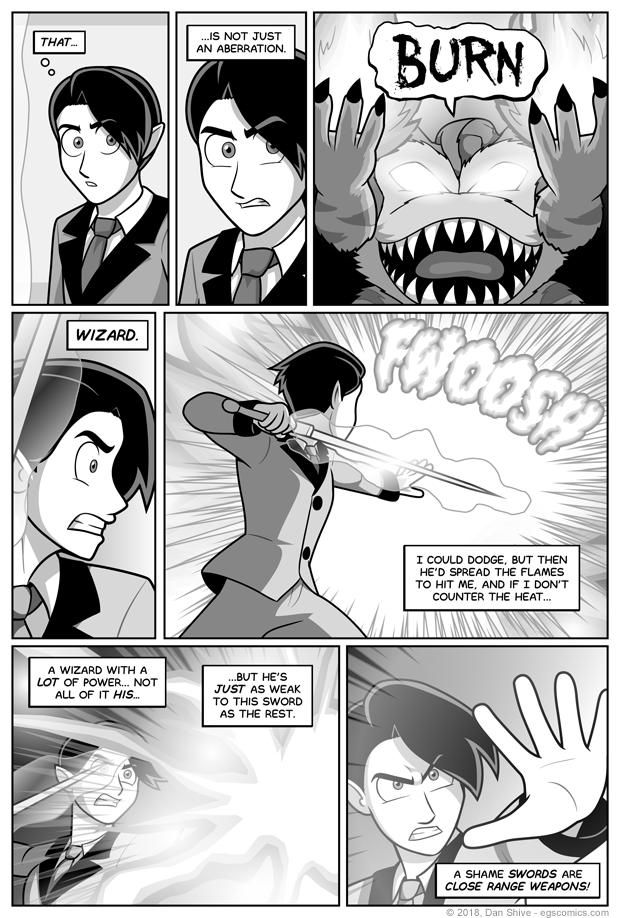 "No fair! Where is your mandatory blue hat?!"

Gullet might be disgusting, and not the most clever of the aberrations present, but he's not wrong about not being weak.

I was originally going to have Gullet breath fire, but I decided it drove the point of him being a wizard home more if he used his hands.

I'm aware that breathing fire isn't exactly a mundane thing that one simply does, and that shooting fire from one's hands isn't somehow MORE magical. That being the case, however, fire breathing feels more to me like something a monster just might be able to do, like how a dragon might breath fire without anyone thinking of it as being particularlly wizard-like. If that same dragon made a small flame appear in one of it's hands, however, that's when people would start saying "oh snap, that dragon knows magic".