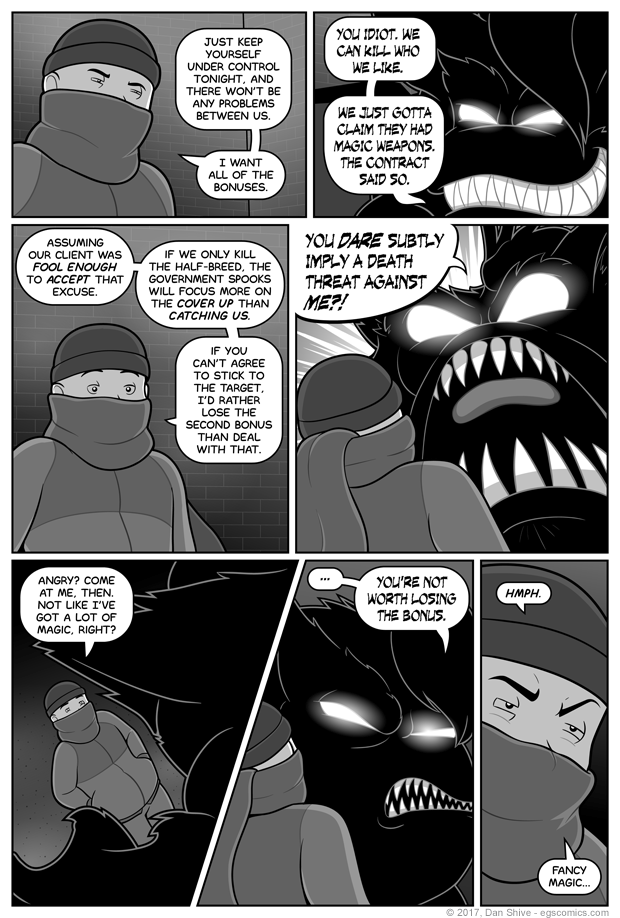 Yep. Not cool at all, that scarf wearing aberration. Total dork.

ANYWAY, yeah, that comically evil guy didn't count. The aberrations aren't on "the clock" yet, so that was fine, but killing one of the aberrations you're supposed to work with before the job? Not so much.

I hope this comic naturally made that clear, and that the narration for the previous comic was instructions for these two (and possibly others).

I wanted the totally not cool scarf wearing aberration to have a face that stood out without going overboard on lines, hence the (by EGS standards) really small eyes. The size of his total eyes are basically the size of pupils on some other characters, and it's a rare case where a character could be recognized by their eyes alone.

Which, really, is something that should be more commonly possible. It's difficult to vary the eyes that much without it looking odd at this point (there are basically two shapes I commonly use), but if it gradually became more common, well, I think that'd be good.