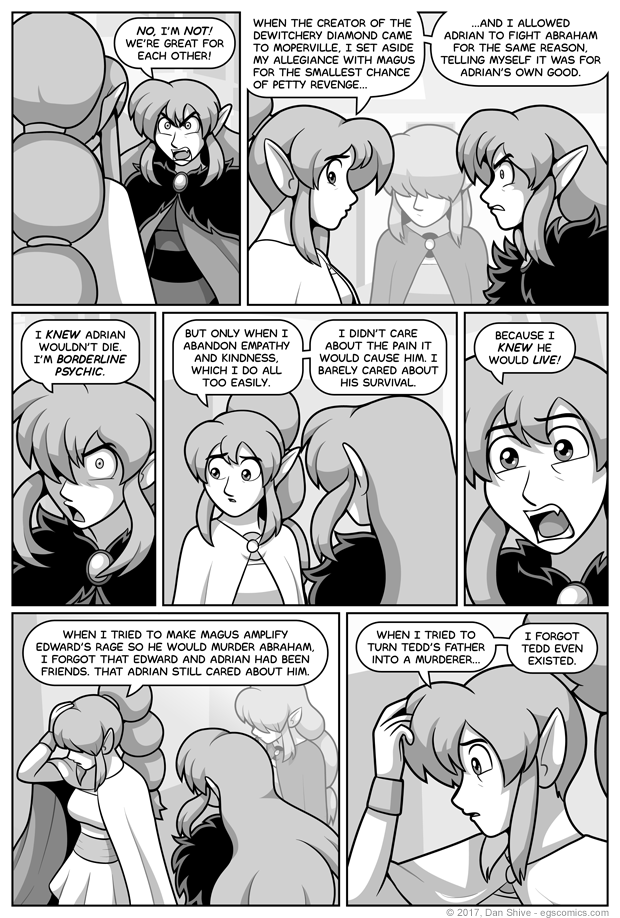 - "Make him kill the wizard."
- Pandora fails to predict what would happen after giving Tedd his magic mark
- A werewolf killed Blaike

- Magus last seen, summary of him and Sirleck, lots of references in commentary

Composure was only ever part of a bigger problem.

I went back on forth on whether to have Pandora use "I" or "you" while talking to herself, and ultimately decided that "I" better reinforced there still being just one actual Pandora, and that it was somehow more unsettling to boot. Win-win.

And now that I've been made to think on it, I'm not sure if I refer to myself in the first or third person more often while thinking. I mean, I never say "Dan" in place of "I", but there are times when I think "you" and times when I think "I", and I'm not sure which is more common, and... That's it. I need to distract my brain right the heck now before I start overthinking my own thoughts.