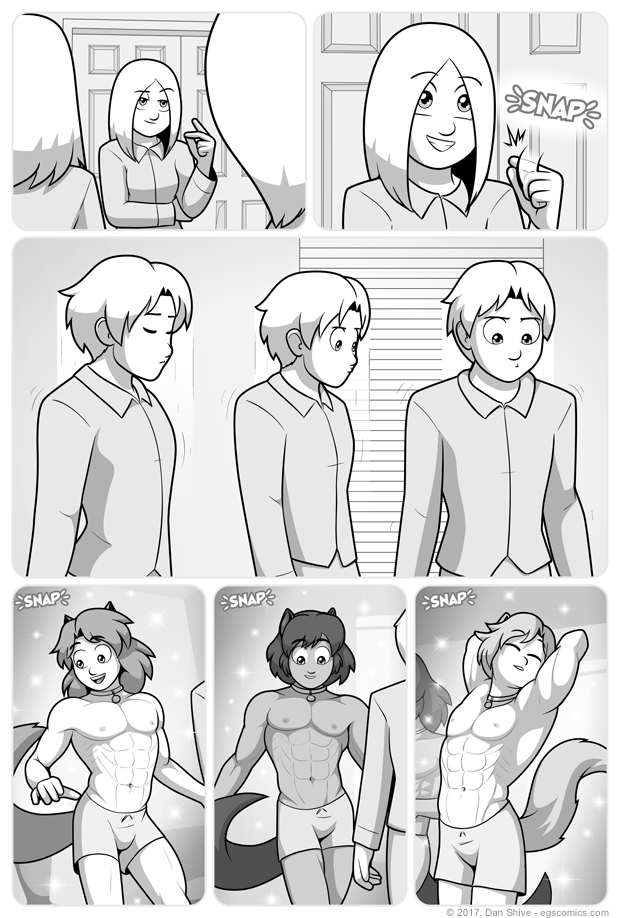 It's amazing what you can learn to do when you're stuck using a spell 2-3 times an hour.

Sarah would tell you that any resemblance of these hunky cat boys to anyone she knows in real life is entirely coincidental and that she was in no way thinking of slightly palette swapped versions of any of them.

I was working on five story comics at one time in order to work ahead, and this was the comic that demanded the most time, because I've always found drawing muscles in my style difficult. The next page also took a little extra time because of this.

I think I've got an approach now that works pretty well for muscle tone after sorting out this comic and some recent EGS:NP drawings of Nanase. Most characters wouldn't actually have that much definition on their torsos, but the basic idea of lighter lines (and not going overboard on shadow) is pretty universal.

Sorting that out, however, is why this took the most time out of the five story comics I was working on together (which included the previous comic).

(Friendly reminder that I'm plotting to not link to every new EGS:NP down here, but it is still updating Mon-Weds-Friday, same as story comics. Dates are above all comics, and new story comics might be visible before EGS:NP)