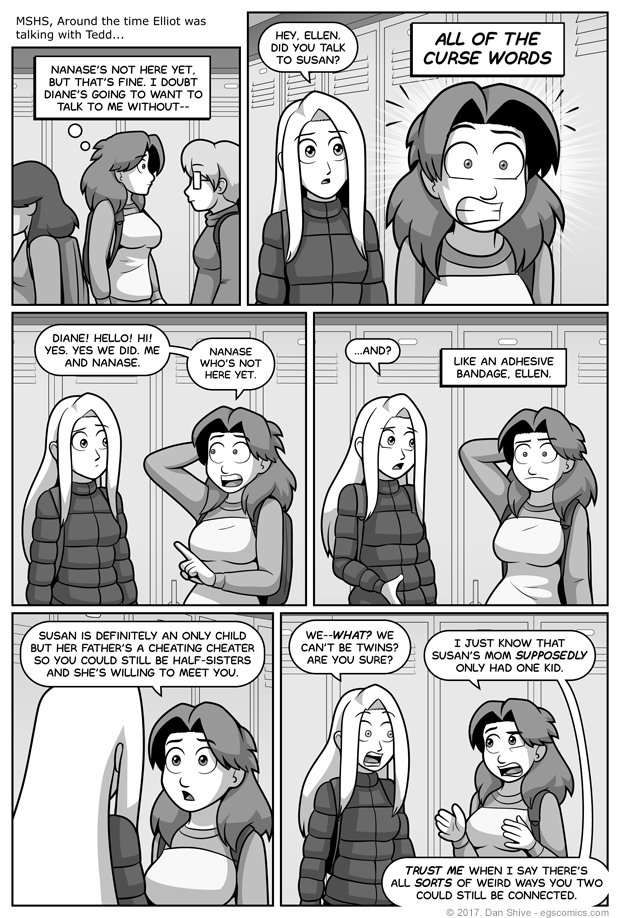 So much for Nanase taking the lead.

I originally had a more elaborate reason for Nanase not being present. involving Nanase accidentally tearing the door off of her locker upon being told by Grace that magic might change and having to go get someone to fix it (with the implication being that she's had to have it fixed more than once previously).

About a billion things about that set up didn't make sense, however, such as Grace talking about the magic situation in the middle of the senior locker area, Grace having nothing to contribute to the Diane / Ellen conversation but being shoved into it due to the set up, and Justin either not present and missing out on the magic explanation, or present but with nothing to say about, well, anything.

All that, and panel two of this comic would've been the last panel, as everything else would be devoted to the convoluted excuse for Nanase not being present when "people arrive at school at different times" was all that was needed.

I'm sure I'll find an excuse for Nanase to tear some manner of door of its hinges by accident eventually, but not this day.