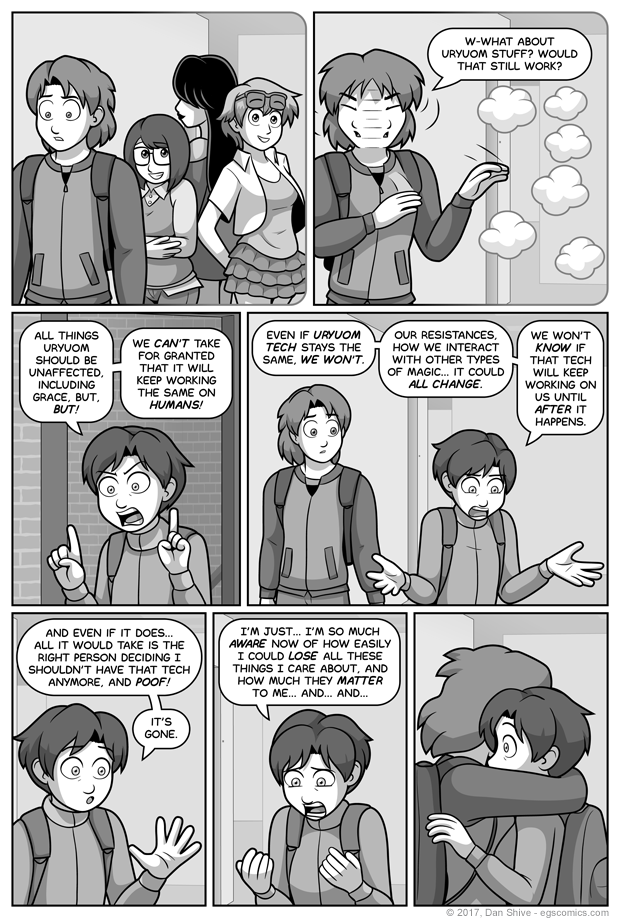 Imagine we humans are an American wall outlet, and Uryuom tech connects to us via a compatible cable. Now imagine humans suddenly become an Australian wall outlet. Uryuom tech hasn’t changed, but it can’t plug into us anymore.

“Well, what if they bought a travel adaptor for—“ THIS IS JUST AN ANALOGY

I drew Tedd a bit more obviously feminine than I should have in the previous comic when she's supposed to be fairly androgynous. At the time I was working on it, I felt it suited her poses and that I was being brilliant and clever. Later on, however, it became clear that I should have kept her figure more subtle, and I tried to return to that in this comic.

It is flattering that a number of people interpretted it as a deliberate thing on my part that was perhaps meant to indicate something deeper, such as Tedd transforming further mid-discussion. Alas, it was but a blunderous blunder on my part.