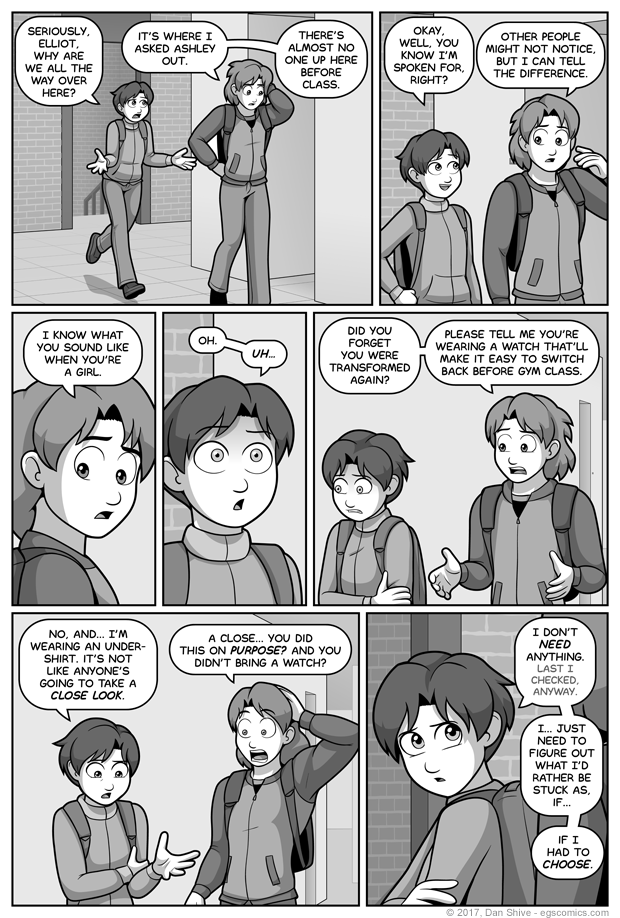 - Where Elliot asked Ashley out

I'm pretty sure even people who don't read the comic somehow knew that Tedd went to school as a girl, so it's raining cookies. Literally. It's a serious problem, and people are claiming the five second rule with reckless abandon in spite of all scientific evidence to the contrary.

I made two reusable backgrounds (so far) for this scene, and one of them was going to include a mural that would have been visible in panels five and six. I wanted to include it because I'm trying to get in to the spirit of making more detailed, reusable backgrounds, and murals are an established thing at MNHS.

The problem was, however, that it was too distracting without having been previously established. It's easy to ignore that it wasn't shown in a previous scene, but it just being there, new, and at a weird angle that makes it difficult to tell what it even is in the middle of this scene just did NOT work

This is something I half knew already, but I was excited about stuff like murals being a viable thing to include in backgrounds and ignored my own common sense just long enough to find out the hard way.

On the plus side, the mural has been made, and I'll totally find a place to use it. For now, behold an educated turkey reading a book. 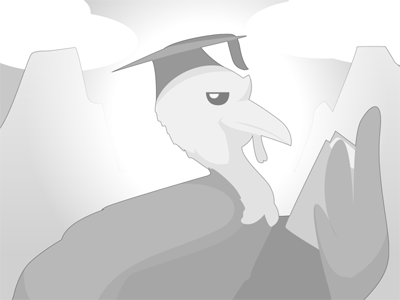