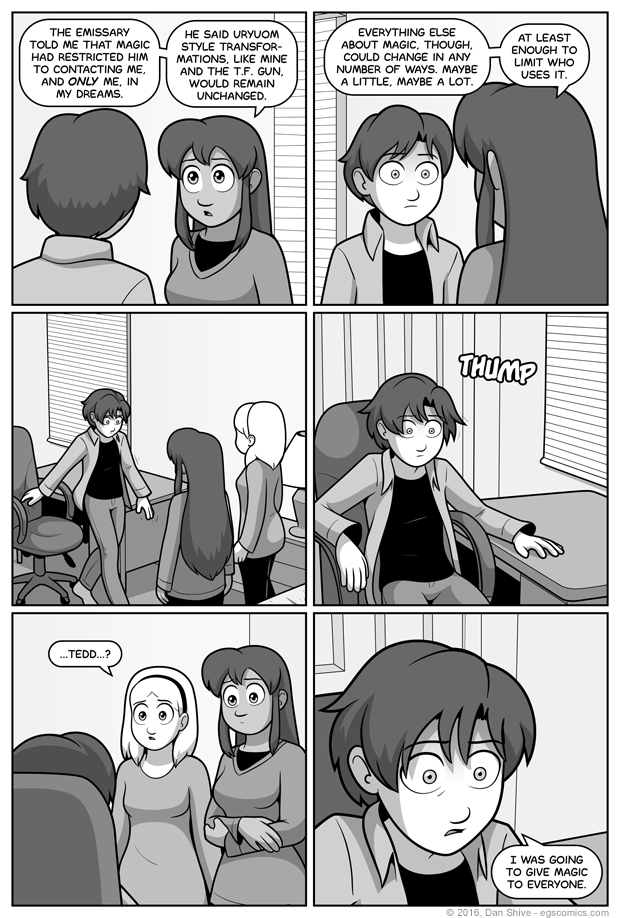 Technially, what Grace is saying is misleading. There's potential for plenty of things other than Uryuoms and Uryuom relatives to be unaffected. Granted, none of those things are immediately relevant to Tedd and won't make any difference to anything he cares about, but it's a nitpick worth noting.

When I searched for the "uryuoms unaffected" reference, I was thinking "people have been asking whether Uryuoms and Grace would be affected, but I've established it before, and people will remember that once they're reminded of it."

Then after I found the comic in quesiton, and I was more like "ye gods. 'Magic interwoven into their very nature'? It's like the emissary was trying to bury the actual information I wanted people to remember beneath tangential wordplay. It's a wonder *I* remembered Grace would be unaffected."