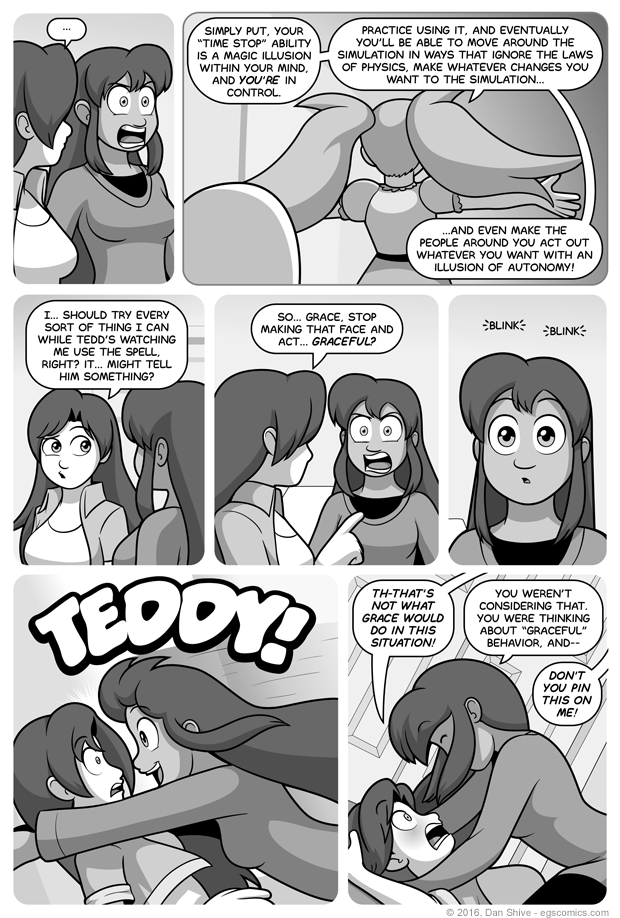 And not a single person reading this comic was given any ideas, for they were pure of heart, and would not consider such things.

I had wanted to limit that quoting of Pandora in the second panel to only what was immediately relevant (as in, the last bit of dialogue about illusion of autonomy). Editing it down to just that while still making contextual sense was a bit awkward, however, so I decided to keep in that whole bit.

And, so long as I was keeping all THAT in, I decided to toss in the "simply put" part before it, because I may as well reiterate that this is an illusion in Sarah's mind.

An illusion that feels 100% indistinguishable from reality and far more real than any dream or fantasy could (hence her not even realizing she'd done it and being confused during and after the first time), but it is nonetheless happening in her mind via the magic of, well, magic.