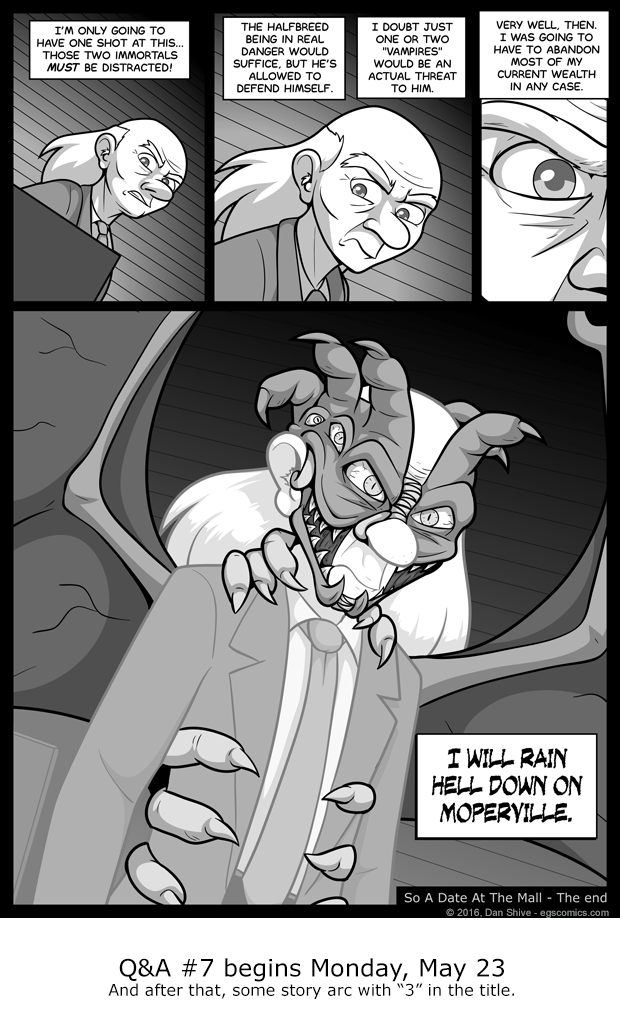 Sirleck will return in The Avengers. I mean, the next story arc.

As mentioned previously, the Q&A starting next week is so it can be written fully in advance before it begins, giving me the duration of the Q&A to write the next story arc in full before it begins. It's a tall order, but not an unreasonable one, and really what should have become standard practice for me ages ago.

I wasn't satisfied with how Sirleck looked the last time I showed him (Sirleck being the body snatching monster, not the thus far unnamed host), so I did my best to kick things up a notch for this comic. In particular, I wanted those finger things to look like, well, fingers, and I'd like to think I pulled that off at the very least.

That said, showing Sirleck is complicated. If nothing else, the mixture of grey and black lines is tedious and not something I'm used to doing, and I keep having to remind myself that Sirleck doesn't cast shadows on snything other than himself.