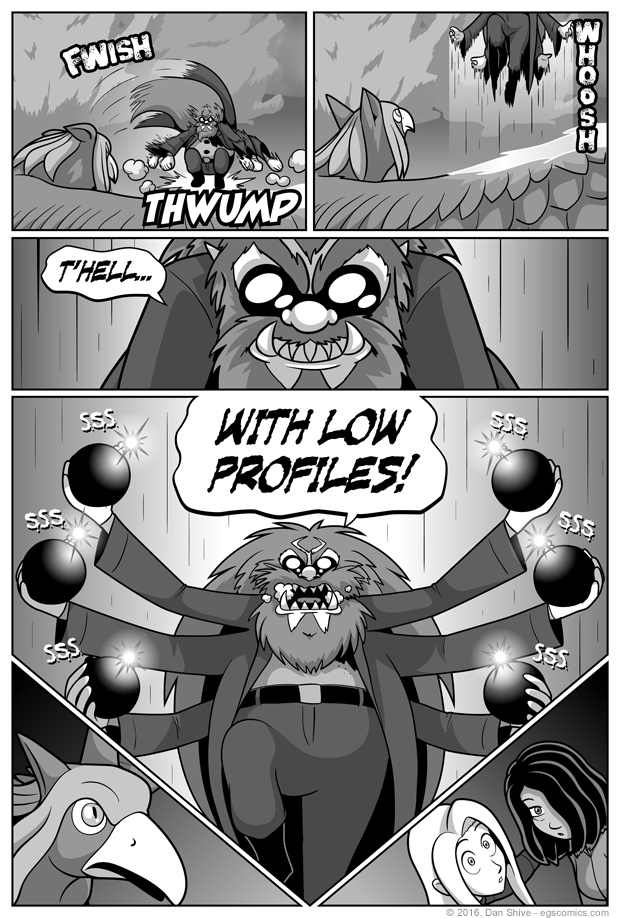 I forgot to address Andrea's wing magic in the previous comic, so here we go:

I needed a way for Andrea to fight the spider vampire head on, and she’s in no way built for that. She’s a quadruped mix of bird of prey and lioness. Her ideal means of finishing off a foe like the heavily armed and long reaching spider vampire would have been a sneak attack with a quick kill.

She couldn’t pull that off AND save Diane, however, so wounding sneak attack followed by direct combat it was. To that end, I gave her a spell that made her wings function similarly to tonfas being held defensively, and yes, I like tonfas. Tonfas are cool.