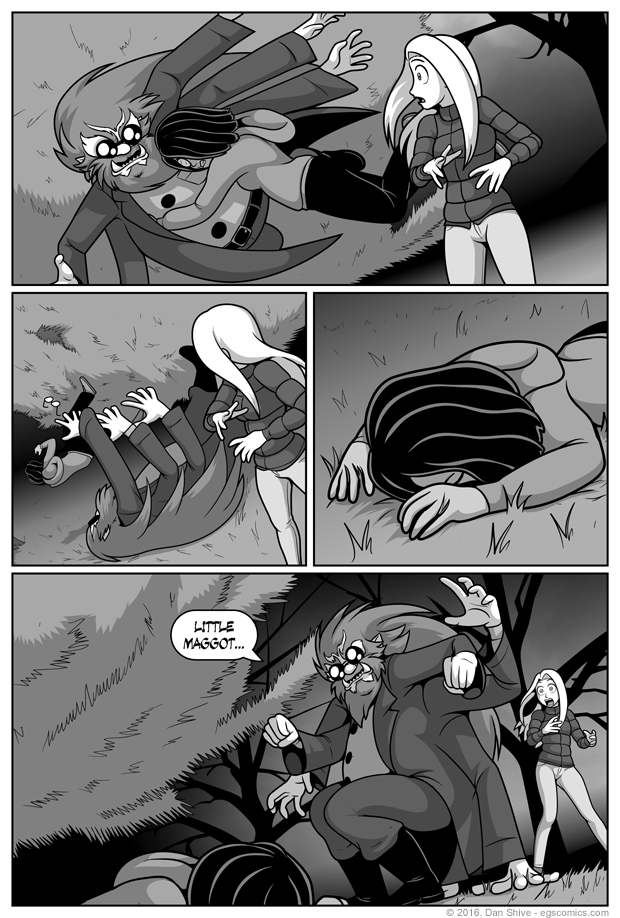 It's possible the previous comic didn't make one important fact clear: This guy is BIG.

This comic is an excellent example of fewer panels not necessarily meaning less work for me, which is a lesson I myself sometimes forget. For example, I somehow thought that this comic would take me less time than some other recent comics with no consideration for the poses, perspective, or the angry lion that had decided my drawing area belonged to him and whom I had to do epic battle with prior to settling our differences peacefully over tea.

The ID number on this comic is sort of weird for magical technical reasons having to do with me once accidentally posting an EGS:NP in the wrong section. I doubt most of you are even paying attention to such things, but I'm pointing it out because I know with certainty someone somewhere would inevitably wonder what's up with it.