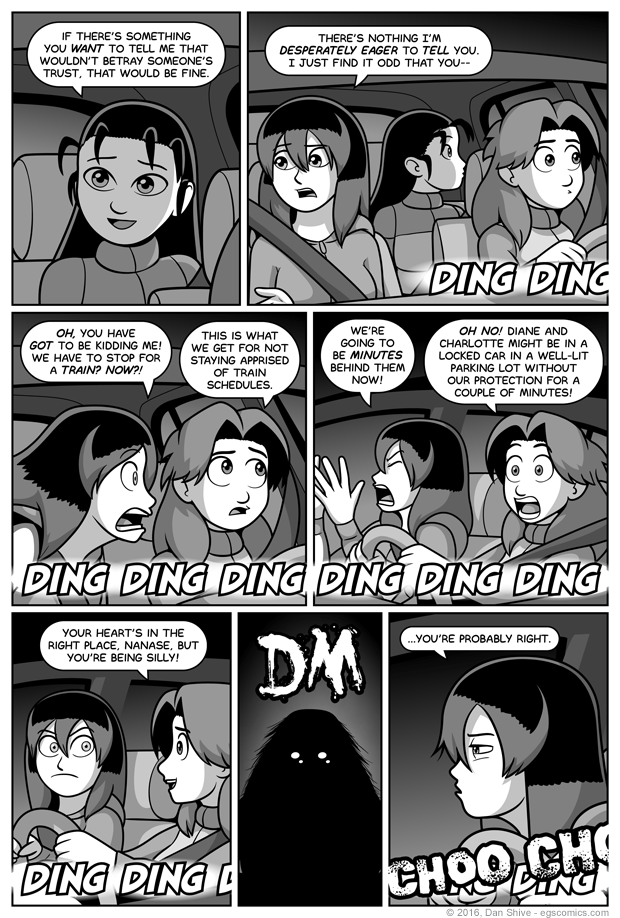 Of course, were this not a comic, Ellen would be the sensible (if a bit rude) one in this comic. The fact that I can say "in this comic", however, means that she is being completely unreasonable, and that there is a 100% chance that Diane and Charlotte will be in some manner of peril as a result of them being delayed by this train.

I had Ashley and Ellen look to their left in anticipation of the train, which I realized was a bit odd too late in production to bother changing it. Logically, what should first grab their attention would be in front of them at the railroad crossing, and the train itself might not even be visible for several seconds.

Granted, one can just as easily assume that they saw the lights and turned their heads to look for the train almost immediately, so it's not exactly a huge error, but I wouldn't blame anyone for looking at that and thinking "that's odd". Moreso now that I've pointed it out, I suppose, but I anticipated comments and couldn't stop myself from being able to claim first comment on the matter.